Chicago P.D.‘s Season 6 premiere found the Intelligence unit fractured like never before. With Voight benched during the investigation into last May’s finale shooting, Antonio was put in charge. But Ruzek — who was upset that Antonio didn’t back up Voight’s story — didn’t show much respect for his new boss’ authority, disobeying his orders and even talking back.

That strained dynamic will continue in upcoming episodes, as “those two are not feeling each other right now,” showrunner Rick Eid says. “At the end of the day, they’re two really strong characters with different codes, and they’re clashing at the moment.” 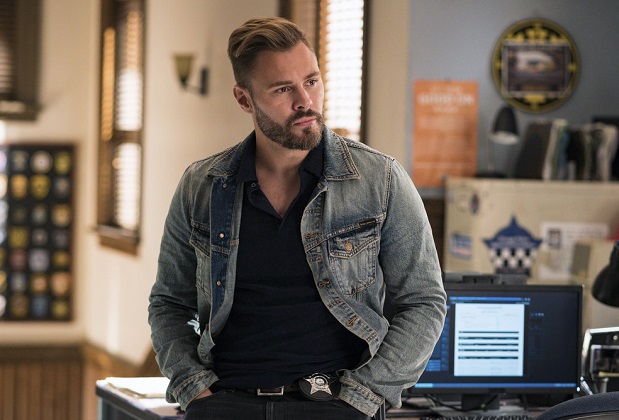 But there is hope for peace within Intelligence. The tension between Ruzek and Antonio “starts to level out a little bit,” star Patrick John Flueger, who plays the younger officer, previews. “Atwater pulls Ruzek aside and is like, “What’s your beef? You guys can disagree on how you approach the job, but at the end of the day, he deserves your respect.’ He outranks me, and he’s a really, really good cop, and he’s a good man. Even though we take different paths to getting the job done, he always gets the job done. It’ll smooth out, but it takes a little while to get there.”

Elsewhere in the episode, Voight made a deal with CPD Deputy Superintendent Katherine Brennan (The Brave‘s Anne Heche) after the surveillance footage of the shooting turned out to be “ambiguous,” per Brennan. She’ll help him if he supports her boss for mayor by solving cases in a hurry… or not in a hurry, depending on the circumstances. In response, Voight named his price: a letter of exoneration for Olinsky so his family can collect his pension. 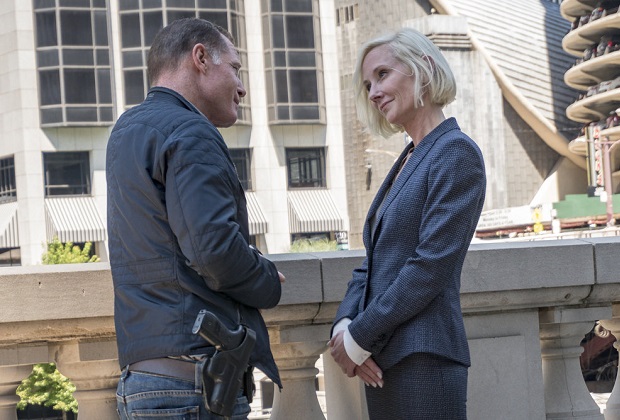 The arrangement “will complicate the work that they do, because their agendas won’t always be in sync,” Eid notes. “[Brennan] has a political agenda, and Voight is probably the least political human being alive. He cares about getting the bad guy and making Chicago a safer place. Those two ideals will clash.”

And will the unit have any inkling that their sergeant made a secret deal that directly impacts their job? While actress Amy Morton (Platt) says “everyone gets affected in one way or another,” as of yet, “we haven’t really been privy to the dynamic between [Voight and Brennan],” actor Jesse Lee Soffer (Halstead) adds. “I think we know that she’s got him under the gun a little bit. Voight’s a pretty wily character, and he can get out of a lot of situations. We’ve seen him do it time and time again. So I think everyone’s trusting that there’s going to be some way for Voight to end up on top here.”

Chicago P.D. fans, what did you think of the season opener? Grade it via the poll below, then hit the comments!