Curious. In Monday’s Season 15 premiere of The Voice, not a single shoe was thrown. In fact, aside from a little shade now and again, the coaches didn’t throw anything at all. I gave out a couple of A’s, but Jennifer Hudson and her fellow panelists seemed a bit less enthusiastic. Did Tuesday’s would-be contestants inspire any hurling of footwear? Read on and find out, or jump to the poll below to pick your favorite performer. 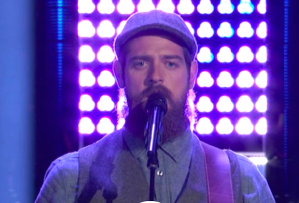 Keith Paluso (Team Blake), “Way Down We Go” — Grade: B | This genial 30-year-old park ranger who knows more bird calls than I reckon most of us ever will rediscovered his love of music while he was on paternity leave. And it seemed like a good thing that he did, too. His distinctive, whiskey-soaked growl suggested that his lullabies might be a little too rollicking for bedtime but a real crowd-pleaser in this contest. His voice also had that sandpaper quality that I liked so much in Season 14’s Pryor Baird, although already, Keith has shown that he might have more vocal versatility.

Claire DeJean (Team Kelly), “Hurt Somebody” — Grade: C | This 17-year-old Texan, who teaches youngsters acting and dance, hit the stage with an earnestness that made it little surprise when she nearly lost her composure upon getting a chair turn from Blake — she came off as sensitive as she is sweet. And she gave a nice, sincere performance, too. The thing is, it paled in comparison to other singers we’ve heard in her lane. Think Addison Agen’s likable personality without Addison Agen’s flawless voice. Especially if she can’t check her nerves, I doubt “nice” will take her past the Battles. 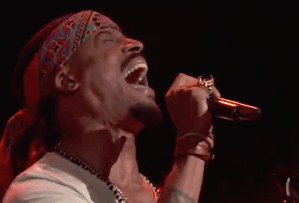 Franc West (Team Jennifer), “(Sittin’ On) The Dock of the Bay” — Grade: D | I’d love to have liked this 38-year-old, who got into singing while he was in the Navy. But he struck me as so flat that honestly, I hardly took any notes during his performance — I was that sure he wasn’t going to get a chair turn. Seems like a nice-enough fellow — and I was glad we didn’t have to see his son disappointed backstage — but his performance was mainly forgettable till near the end… when it got so pitchy, I couldn’t believe he got added to Team JHud as anything but cannon fodder.

Michael Lee (Team Blake), “The Thrill Is Gone” — Grade: A- | This newlywed Texan, who calls his bride his savior from the life of a hard-partying rocker, has a face that makes you expect him to have angel wings and a halo but a sexy snarl that makes it clear why he’s such a hit in the smoky bars he’s used to playing. He so wowed Jennifer that yep, off came the shoe. I didn’t blame her a bit. Michael’s voice went down as hard and intoxicating as that third shot you knew full well you never should’ve ordered. Or, as Blake put it, it was the kinda vocal that could “beat me to death.”

DeAndre Nico (Team Adam), “When I Was Your Man” — Grade: B | This 22-year-old, hard hit by Hurricane Harvey, earned a four-chair turn with his Bruno Mars cover (and inspired JHud to throw her comment card). But it took me a minute to warm up to him. Not as long as Kelly, mind you — sometimes, I’d swear she just swivels at the last minute so as not to be left out! — but a minute. At first, despite the obvious richness of DeAndre’s voice, he seemed more affected than effective. However, the bigger he sang, the rawer he got and the better I liked him. Not sure he has the control to survive the Battles — some dodgy notes in there — but overall, a fine audition.

So, what did you think of Night 2 of the Blinds? Ele Ivory, the adorkable but pitch-challenged contestant who went to The Comeback Stage? Whose performance was your favorite? Vote in the poll below, then hit the comments.