After bringing cops, lawyers, firefighters and doctors to NBC, Dick Wolf’s TV empire now includes special agents with the launch of CBS’ FBI. Does the prolific producer have another hit on his hands?

Tuesday’s series premiere begins with a giant apartment building explosion in the Bronx, which kills several tenants, including a small boy. After talking to the child’s distraught mother, Special Agent Maggie Bell (Rookie Blue‘s Missy Peregrym) can’t get the kid out of her head. Her partner, Special Agent Omar Adom “OA” Zidan (24: Legacy‘s Zeeko Zaki), offers an ear if she’d like to talk, but Maggie remains focused on the job and finding whoever’s responsible for the bombing. Even after her husband died, she was back at work just a few days later. 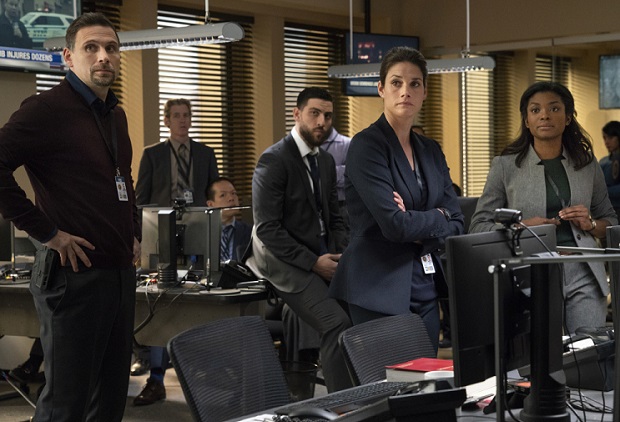 OA, meanwhile, is a risk-taker type used to living by his own rules as a former undercover agent. He simmers with anger as the duo question a white nationalist leader they suspect partnered with a gang to organize what has now become multiple bombings. Why would such a man team up with people he views as less-than? He receives an influx of money for his cash-strapped organization and gets to start a race war between two gangs. His final bomb, which sits at a summit full of minority leaders, is thwarted by the FBI just as Maggie and OA arrest him following a live TV appearance. The premiere then closes with OA giving Maggie a ride to the young boy’s funeral.

What did you think of the new procedural drama? Sound off via the polls below.