Rookie Blue vet Missy Peregrym is once again donning a badge — but make no mistake, her FBI Special Agent Maggie Bell is not Andy McNally.

“[Maggie is] a more mature version [of Andy],” the actress tells TVLine. “I don’t think that [Maggie is] as open and expressive in the same way that [Andy] was.” And unlike the rookie cop, Maggie is a highly skilled pro, who is “good at what [she does] and [has] been doing this a long time.”

But that didn’t make the FBI series-regular gig any less terrifying for Peregrym, who details below why taking on the lead role in executive producer Dick Wolf’s new CBS drama (premiering Tuesday at 9/8c) scared her — and how an unexpected Rookie Blue reunion eased her nerves.

TVLINE | When you sign up for a Dick Wolf show, are you thinking to yourself, “Well, I’ve got a job for the next six years. I’m set”?
No, actually. Not at all. What was hard for me is that everybody else around me was like that. They thought it was going to be like, “I’m set. I don’t have to worry about anything. I’m going to be working forever.” It actually overwhelmed me that they would say that, because you have no idea how a show is going to do. [Wolf Films, Inc. is] a really solid team, and I respect what they’ve made, and I respect how they do things, and I’m excited to be a part of something like this. But there are no guarantees about anything. You have to make the show first. You have to make sure that people are tuning in. So for me, it’s never about [what’s going to happen] way later. It’s right now. Let’s just put our head down and make the show, and then if we get that response, amazing. And if we don’t, that’s OK, too, because that’s actually what the industry is, so I’m kind of used to that.

TVLINE | When you sign up for a network show, though, you’re signing up for a potential long-term commitment.
Long time. That’s the part that scared me, too. You’re signing up for seven years. It’s a huge decision to do this again. I took three years off, and not necessarily on purpose. I wasn’t trying not to work, but I wasn’t ready to really be involved in another show like this. I just knew that this was not the thing to say no to.

TVLINE | What excited you about this character and this show that made you say, “I’m going to take the leap. I’m going to make a commitment to this for, potentially, the next big chunk of my life”? 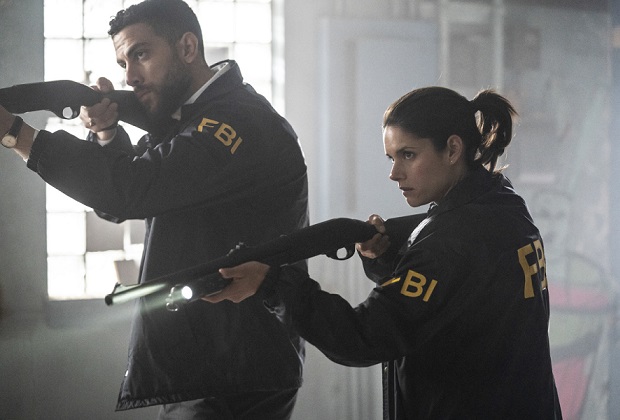 I felt like I was older. I look younger than my age, and a lot of the times, I was going out for things, and I was more interested in the older roles. And so it was just kind of a timing thing. I really had to trust that this was going to be a good thing. It just was obvious, once I was talking to the team, that this would be a good move for me to do, and really, at the end of the day, I loved Rookie Blue. I loved working on that show. I loved the character I played, and I never wanted to do anything like it again, because it was so important to me. But actually, I’m very much like that character. I love justice. I love doing the right thing. I’m just excited about telling these stories.

It also scared me, though: [the] FBI and what’s happening right now in the news, and it being as political as it is. It’s a tricky thing. It’s a balance, and I didn’t know if they were going to be touching on that, or if there was an agenda behind this. I was assured there was not. So we really just get to tell the story of the people who are involved in this and [be] less political, less picking a side of anything. I’m Canadian. This is a lot. It’s different in America, and I actually haven’t worked for an American show like this before, where we’re tackling issues of this country in a different way. I was thoughtful about that, and if it was something that I wanted to take part in, and after hearing more of what they were going for, I was in. I was excited about it. 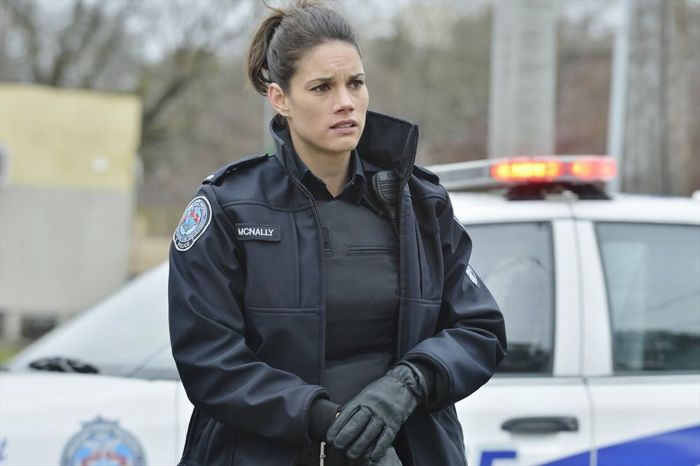 TVLINE | You played a law enforcement agent on Rookie Blue (pictured right). How does Maggie compare to Andy, personality-wise?
It’s going to be different, and [that was] one thing I was nervous about, too, is that I really didn’t want this to just be Andy McNally. It actually took a toll on me to be working on that show, and I didn’t realize until after. Going to work every day and playing the anxiety and the intensity that I had to all the time, because [Andy] was always making mistakes and unsure of [herself] — that was the character: watching her fumble through that and grow — took a toll on me. It was something I didn’t really want to get back into. It was so heavy. I really thought I was going to do a comedy next. I just wanted to laugh. I just wanted to joke around. It’s what I love to do anyway, and I thought that would be great. But there’s a reason why I’m like this. I’m actually a pretty intense person. I’m actually using that now.

TVLINE | What kind of a partnership do Maggie and Special Agent Omar Adom “OA” Zidan (played by 24: Legacy‘s Zeeko Zaki) have?
They’ve only been working together for three months. They work well together. They have each other’s backs, but… he totally trusts Maggie, and it’s like [she doesn’t] totally trust him right away. [She’s] like, “What are you doing? You need to calm down.” He’s very reactionary because of his background [as] an undercover agent. You are a team of one, and you have to make a decision right there in that moment, because you live or die by it. So that’s a very different way of working than what [Maggie is] doing and what [she’s] been trained to do. [She works] as a team. There’s paperwork, there are things you have to do to make sure that you do the right thing. Instinctively, we have different ideas, and I’m hoping that we really play against that to help each other grow. But it’s also going to be confrontational, potentially. 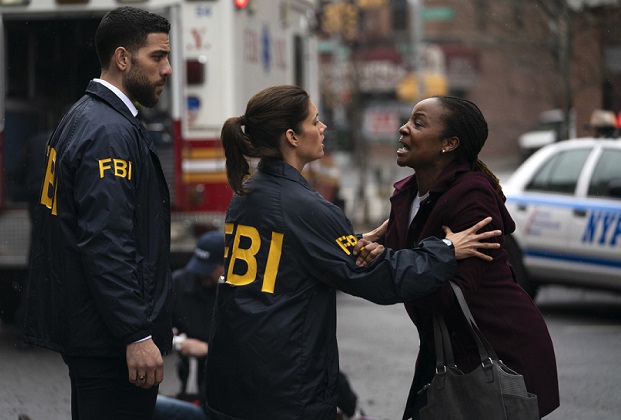 TVLINE | There’s a little Rookie Blue reunion in the pilot, which I was not expecting.
Do you know how happy I was about that?! Because I was so nervous. It was so overwhelming to start the show, and I just had come from Vancouver. I was jet-lagged, and I had just signed this contract. I was like, “Oh, my God, what have I just done? What have I signed on for? I don’t even know,” and I’m the person who [wants] to know information, and I had hardly any. I was really trusting that this was going to be great. Anyway, it’s like Day 2 of filming, and I hear “Missy,” and I turn around, and it’s Melanie [Nicholls-King, who played Noelle Williams]. I just started crying. I was like, “I’m so happy you’re here right now.” It made me feel so comfortable and safe. I trust her so much as an actor. She’s amazing. She’s so solid, and I knew that our scenes were going to be great, because she’s so great and present. She’s wildly talented. So I just knew that we would have it. We already had that vulnerability. We already had that connection. It just was like working with a friend. It was the greatest gift to me that she was in that episode, and yes, of course, it made me miss working with that whole [Rookie Blue] team.