Judge Brett Kavanaugh will appear on Fox News amid a new wave of allegations made against the Supreme Court nominee.

During the sit-down (which was pre-taped on Monday), Judge Kavanaugh will address the allegations of sexual misconduct he is thus far facing, including a new accusation made by his former Yale classmate, Deborah Ramirez, who came forward over the weekend.

Kavanaugh will also address the upcoming hearing on Thursday in which the first of his accusers, Dr. Christine Blasey Ford, will testify in front of the Senate Judiciary Committee.

Ford has alleged that Kavanaugh groped her and tried to remove her clothes during a party during their high school years, while Ramirez (as reported by the New Yorker) says that Kavanaugh allegedly “exposed himself at a drunken dormitory party, thrust his penis in her face, and caused her to touch it without her consent.”

A third woman with “credible” sexual misconduct allegations against Kavanaugh is expected to come forward via a television interview by end of day Tuesday, lawyer Michael Avenatti, who earlier this year represented actress Stormy Daniels in her lawsuit against President Trump and his former lawyer Michael Cohen, has told the press. 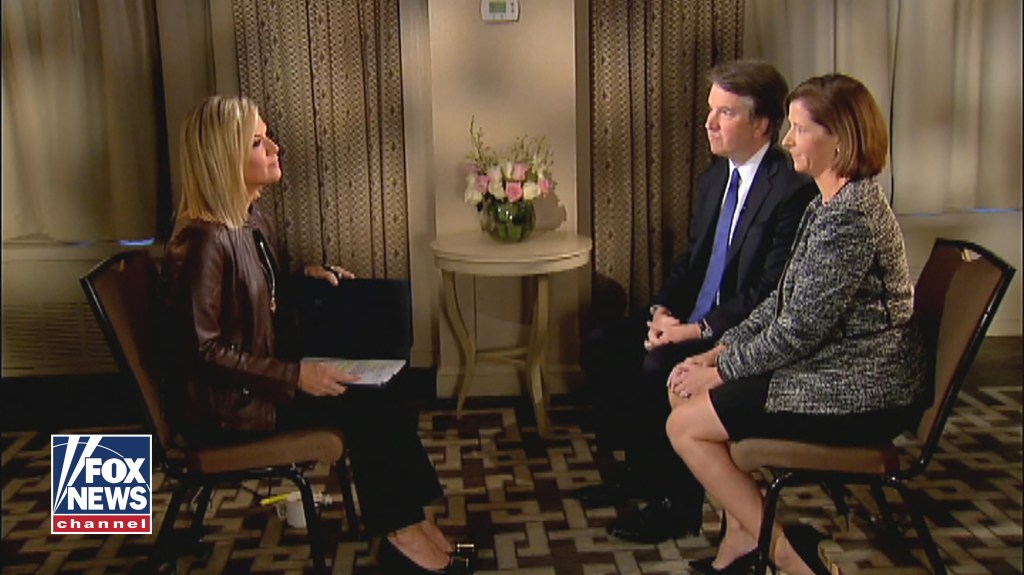 Kavanaugh will discuss the effect the growing list of claims has had on his family, while wife Ashley will speak publicly for the first time about the allegations that her husband is facing.

“I want a fair process where I can defend my integrity, and I know I’m telling the truth. I know my lifelong record, and I’m not going to let false accusations drive me out of this process,” Kavanaugh maintains. “I have faith in God, and I have faith in the fairness of the American people.”

The Story with Martha MacCallum airs tonight at 7/6c.