The multi-camera comedy, which has already received a 20-episode commitment, centers on marrieds Liz and Ed, a “hyper-competitive career mom” and a “fun dad” who welcome 13-year old Nick (Star Falls‘ Siena Agudong) into their home, only to discover that she’s a “street-smart con artist with a secret agenda,” according to the official logline. Kalama Epstein (The Fosters) and Lauren Lindsey Donzis (Liv & Maddie) co-star as Liz and Ed’s children.

“Melissa Joan Hart and Sean Astin are beloved by millions of fans around the world, and we are delighted to bring them together as parents for the very first time,” Melissa Cobb, vice president of Kids and Family at Netflix, said in a statement. “We hope to entertain kids and families with heart, mystery and a lot of fun when No Good Nick comes to Netflix.”

Andy Fickman (Kevin Can Wait) is set to direct the pilot episode, while series creators David H. Steinberg and Keetgi Kogan (Disney XD’s Yo-Kai Watch) will serve as executive producers. No word yet on when the series will premiere.

No Good Nick marks Hart’s first major TV gig since ABC Family’s Melissa & Joey, which ended its four-season run back in 2015. Her previous sitcom credits include Sabrina, the Teenage Witch and Nickelodeon’s Clarissa Explains It All.

View the first official cast photo below, then hit the comments and tell us if you’ll be adding No Good Nick to your Netflix queue. 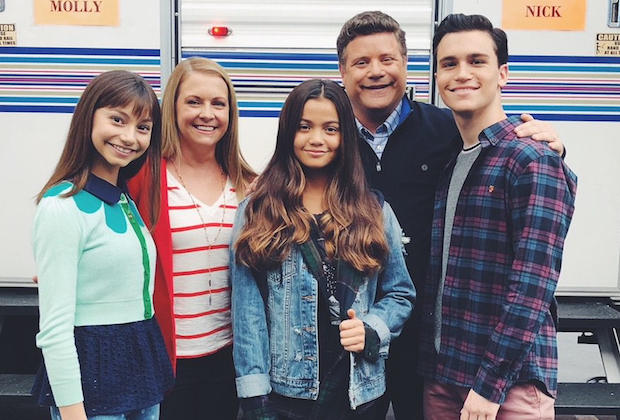