Criminal Minds will open its 14th season with not just any ol’ episode, but the CBS crime drama’s 300th outing. What better way to mark the milestone than with an UnSub who has killed a full 300 times? (Eep.)

On the occasional of the landmark episode (airing Wednesday, Oct. 3 at 10/9c), TVLine invited Erica Messer — who has been with the series since nearly Day 1, and has served as sole showrunner since 2011 — to reflect on the show’s ever-growing collection of off-kilter killers, then tease a bit of what is ahead during the upcoming 15-episode run.

TVLINE | Three hundred episodes of Criminal Minds. You must have run out of disturbed people by now, so is the show going to segue into, like, an elite task force that investigates home burglaries or something?
You know what’s crazy is that there are, truthfully, countless bad deeds out there in the world, and we aren’t coming up with anything that’s crazier than happens in real life. It was one of those things when the show first started, we kind of had our 13 ideas because we knew of 13 serial killers — or, you know, certainly the “household name” serial killers that everyone had heard of. And here we are, 300 episodes in, and I’m still learning about these bad people in the world. Our premiere deals with somebody who has killed 300 people…

TVLINE | Oh, wow.
… and I thought, “Is this bonkers? Like, has anyone every killed 300 people?” And it turns out yep. Indeed, they have. I looked up this Monster of the Andes who is believed to have killed in excess of 300 people and is currently missing. No one knows where this guy is. So there’s that. Just when you think, “Oh, certainly we’ve done everything, it’s like, “Nope!”

TVLINE | I’m sure I’ve asked you this in the past, but do you know in real life how many serial killers are working the United States at a given time?
The FBI contacts that we have say there are at least 50 open cases, at a time, statistically.

TVLINE | Who at your office is in charge of keeping track of what you’ve done before? Who’s the person who says, “No, we already had a guy who dressed up as Little Bo Peep before killing his victims”?
I’m sort of the walking Bible for the show, which is crazy. I’m a little bit Rain Man about it. But also, we have the physical Bible that we can check, or a database we can search.

TVLINE | “Search Little Bo Peep and….”
Yeah. There are also maybe 30 people who have been here from the very beginning. When you look at different department heads and people within those departments…. We all try to keep each other pretty, pretty honest about that kind of thing.

TVLINE | What’s your guess as to the male/female split over 300 episodes?
Of UnSubs? I mean, I’d say…

TVLINE | OK. You’ve got to do something about that. Women get in moods, too!
When we first started, I remember, Aileen Wuornos was certainly one of those. Monster had already come out. [We did episodes where] this monster that we are chasing is a woman, but there were times that if we did more than, like, two or three a season, it felt like we’ve had too many. Because the stats would tell you that there really aren’t that many women, and so often we were trying to play by those rules of reality.

TVLINE | What’s a well-known instance where you had to pull back on something due to the network, where they said, “Yeahhhhh, that’s a step too far”? “Don’t show that, don’t do that, don’t suggest that….”
It’s been a while since we’ve had that note. 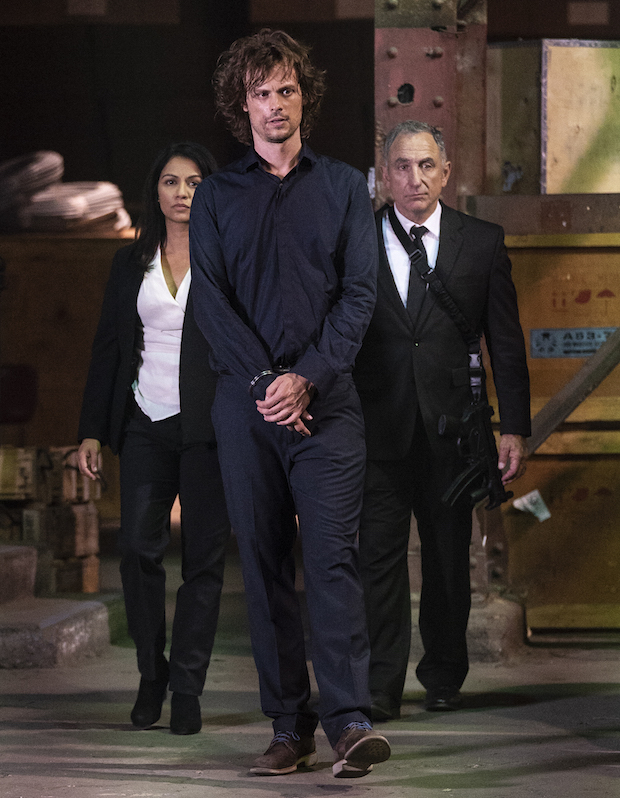 TVLINE | The limitations are probably thematic, as well, not just visual…
Yeah. The psychological impact that it has with the audience.

TVLINE | In the season premiere aka Episode 300, are you going to pick up in real-time where we left off? Where Reid (Matthew Gray Gubler) is basically been told, “Help us spring the Messiah, or Garcia gets it”?
We’re picking up just moments later. We don’t see the exact pickup of the standoff with guns, but with the rest of the BAU racing back to Quantico to figure out what has happened, trying to piece together where are Reid and Garcia.

TVLINE | Does any particular episode of the new season have you excited?
Well, I’m super excited about 300, because, you know, TV history, but also because I’m always a huge fan of the ones that are all about the team the whole time and the team really having to dive into the history of being in the BAU to solve the present problem, which they definitely do in this episode. I love being able to go back 10 years and say, “Oh my God, this thing that we worked on back then, what if that’s connected to today?” We did that a bit last year with “Lucky,” when we brought Jamie Kennedy back. It’s such a privilege to be able to have all of those years’ worth of a series to go back and touch on. (It was recently reported that Luke Perry, for one, will somehow reprise his Season 4 role as the late Benjamin Cyrus in the season premiere.)

TVLINE | Do you find a moment in the milestone Episode 300 to give us a warm, fuzzy flashback to something or another?
Yeah. Yeah. We do. 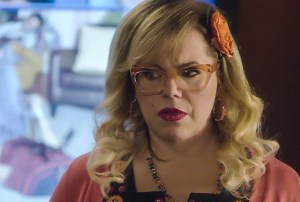 TVLINE | Any personal storylines this season for any of the characters?
We’re doing a few, actually. We wanted to play that Garcia (Kirsten Vangsness) is going to be affected [by the finale/premiere]. She’s been abducted and held captive, and that’s not a place we’ve seen her before. And what she does in order to survive is, again, not something that character has truly played. Obviously we don’t want our sunshiny Garcia to be depressed for the season, but to have it resonate with her in a way that we normally don’t get to play. That takes us for about five or six episodes, and then we’re doing a bit of a backstory with Alvez (Adam Rodriguez), because when he joined us in Season 12, there was really no opportunity that season.

TVLINE | You had to hit the ground running, yeah.
We had a lot going on that year, so his backstory kind of got pushed. We are diving into that this year, and it sort of explains why he’s a bit of a lone wolf. Even though he plays well with others, we’re going to see in Episode 6 why he’s willing to not play by the rules for a minute. Really, each of Episodes 2 through 9 will have a moment where we are with one of our heroes in their home life in some way. 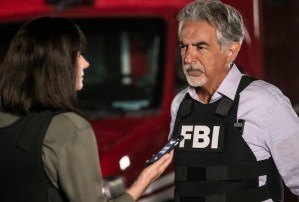 TVLINE | Home life is one thing; what about love lives?
Well, Rossi (Joe Mantegna) has Gail O’ Grady back in his life. She [played] the infamous Wife No. 3 that he was married to for 36 hours, by an Elvis impersonator, and in the second episode we see that they still have a thing going on — and then, ideally, by the end of the season they’re giving it a go again. You know how I’m a sucker for my backyard weddings! So we might be leaning towards that.

TVLINE | Still nothing for poor Prentiss (Paget Brewster)?
Well, she meets somebody in an unexpected way in an episode written by Erica Meredith that almost plays in real-time, where every 27 minutes somebody’s getting killed in Washington in a machete attack.

TVLINE | Oh my God.
I know, it’s horrifying when you Google machete attacks. They’re prevalent, which is frightening, especially in cities, but the “27 minutes” of it is unique to this particular UnSub. Prentiss is working hand-in-hand with the Washington field office and her equal in that department, and they kind of hit it off.

TVLINE | You’re working off of, what, a 15-episode count this season?
Right now, we’re working off of 15. You know, there’s always a chance there’s more. I wouldn’t know about that until probably mid-October, but at this point we’re just going with the 15 order. And I’m planning for that in terms of storytelling, but if they give us more, great!