The Good Doctor will be down yet another series regular in Season 2. Beau Garrett, who played hospital attorney Jessica Preston in Season 1, will not be returning to the ABC medical drama, TVLine has learned exclusively.

Garrett’s exit comes as something of a surprise. As the former best friend of Glassman’s deceased daughter Maddie, Jessica was right by the former hospital head’s side in the Season 1 finale as he dealt with his brain cancer diagnosis.

Glassman was ultimately Jessica’s last connection to the core group of characters. She ended her long-term relationship with Dr. Melendez (Nicholas Gonzalez) in Episode 12, after he made clear his desire to start a family, which she did not share. 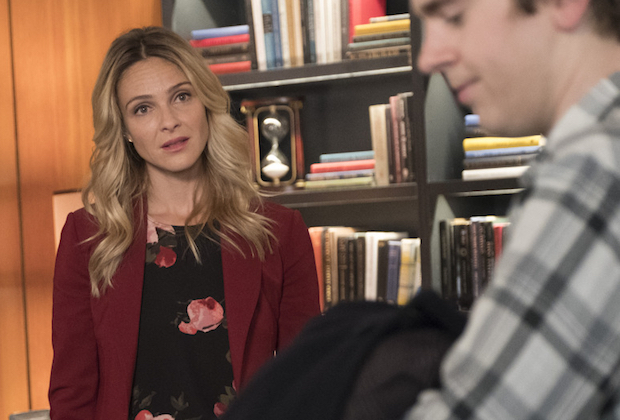 Will you miss Jessica on The Good Doctor? Drop a comment with your thoughts below.