Daytime will no longer suck without her: Kelly Clarkson’s NBC talk show is officially a go, TVLine has learned, with a nationwide debut slated for fall 2019. But what does that mean for daytime staple Days of Our Lives?

The Kelly Clarkson Show, as the new daytime series is officially titled, has been sold to 11 NBC-owned affiliates across the country, and will air weekdays as the lead-in to Ellen in the following markets: New York, Los Angeles, Chicago, Philadelphia, Dallas/Fort Worth, San Francisco, Washington D.C., Miami, San Diego and Hartford. (It’ll also air in Boston in a different time slot.)

Hosted by the multi-platinum singer and The Voice coach, The Kelly Clarkson Show will be “a fun, energetic show that breaks with tradition,” according to the network. “In each episode, audiences will experience an hour full of remarkable stories, celebrity guests, spontaneous surprises, humor, heart and, of course, good music!”

Clarkson talked a bit about her plans on Tuesday’s Tonight Show:

.@kelly_clarkson announces that she will be hosting her own talk show! Tune in to #FallonTonight for more! pic.twitter.com/v9rVlOx3qt 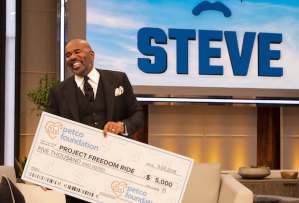 Clarkson’s daytime-TV debut will dictate the exit of another NBC series. Right now, Steve (as in Harvey) reportedly will be replaced in the aforementioned markets by Clarkson’s show when it launches in fall 2019. But in the long term, the casualty could turn out to be the long-running soap opera Days of Our Lives, which has aired on NBC since 1965 but is only renewed through next summer. Days has been on the cancellation bubble for years as one of the last classic soaps still airing in network daytime.

Will you watch Kelly Clarkson’s new talk show? Or would you rather see Days stick around for a few more sands through the hourglass?