After 13 seasons of America’s Got Talent, NBC has proven that America is, in fact, talented. But which American has the most talent? That answer, my fellow Americans, will have to wait 12 hours — so here’s hoping that patience is one of your talents.

UPDATE: A winner has been chosen. Click here to read our finale recap. 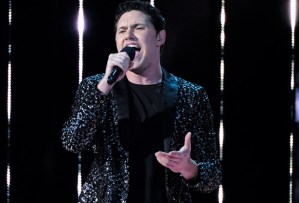 Whereas some past seasons have featured obvious frontrunners — can anyone say they were surprised when ukulele prodigy Grace VanderWaal won Season 11? — it’s difficult to say which finalist stands the best chance of winning this time around. But for the sake of keeping the conversation going, I’ll pick my top three: singer Glennis Grace, who left us with that booming rendition of Snow Patrol’s “Run,” operatic gentleman Daniel Emmet, who put an unexpected spin on Ed Sheeran’s “Perfect Symphony,” and violin wizard Brian King Joseph, whose Vegas show would kill if his fiery performance of Kanye West’s “Heartless” was any indication. (UPDATE: I don’t know what I was thinking with these initial predictions. This is absolutely Shin Lim’s competition to lose.)

Heading into Wednesday’s finale, which of the 10 remaining acts are you rooting for? Vote in our poll below — you can select up to three finalists — then drop a comment with your rationale.