Elementary wrapped up Season 6 on Monday night by moving Sherlock and Joan across the pond. So how did the duo find themselves in London? After discovering that Hannah killed Michael, and that Captain Gregson was protecting his daughter, Sherlock confessed to the murder to cover for prime suspect Joan. Rather than going to jail, the PI made a deal which allowed him to keep living and working in London… and his partner followed him to Baker Street!

“When we come back in the seventh season, a year will have passed,” showrunner Rob Doherty reveals to TVLine. “So all of our characters will have had time to really reflect on what happened at the end of the sixth season.”

Below, Doherty talks about the location twist, which was borne out of believing that the show was coming to an end — don’t worry, it’s not — and Sherlock and Joan’s feelings for each other.

TVLINE | Talk to me about the decision to kill off Michael. Did you hesitate at all to lose him as a villain?
No, there was no hesitation. At the same time, I can’t say that was the plan from go. The season finale was, in fact, shot in the 13th slot of a 21-episode season. Initially, we had an order for 13 episodes. We got to a point, schedule-wise, where we couldn’t wait for an order for more, and just had to assume [Episode] 13 was the end of the season, and potentially the end of the series. We had to factor those things into our arc with Michael. So as we’re approaching what we think is truly the end, we didn’t want to focus on Michael. We wanted to focus on Sherlock and Joan, and we didn’t want their lives at stake. We wanted their livelihood and their partnership at stake. Taking Michael off the board when we did cleared a path to tell a story that, if it really was the end of the show, would feel like a proper wrap-up for everybody. 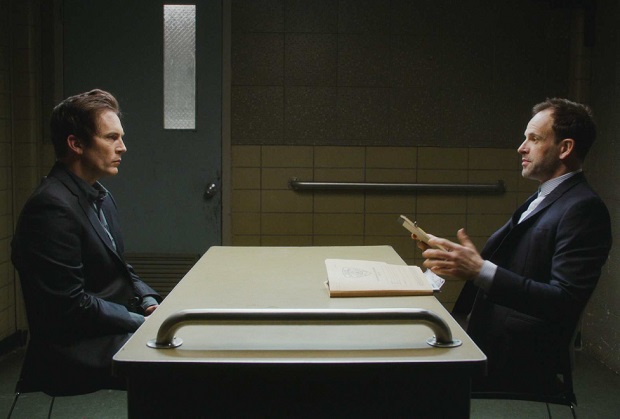 I also confess to being attracted to the idea that we’ve primed everyone for a real duel with this very peculiar villain at the end of the season. I liked clearing a runway for that, and then killing him. [Laughs] I liked the surprise of it — that, in fact, Michael is not going to be the final problem. It’s the fallout of that, it’s the fact that Michael died, and it’s bringing all sorts of unwanted attention to Sherlock and Joan, and putting everything they do in jeopardy.

TVLINE | Had you known that you were going to get more episodes, would you have used Michael more in between?
Yes, absolutely. Had we known from go that it was a 21-episode season, we absolutely would have spent more time with Michael. Desmond [Harrington], who played Michael, was phenomenal, just an incredible person, and a great presence to have on the set, and he made Michael everything we wanted the character to be. We were having a good time together, and it would’ve been great to find a few more slots to keep Michael alive, so to speak. But we had to tell that story a certain way. And then it became this very unique challenge once we finally did get an additional order to tell stories that could be placed in front of the finale that we had already written and produced.

TVLINE | As you were approaching this finale, did you always have Hannah in mind as the killer, or did you go through variations of who it could be?
I’d say everything in the finale was sort of born whole. It was kind of of a piece. By the time we made the decision to kill Michael in [Episode] 12, we knew that we wanted Joan to become the suspect. And once Joan is supposed to be the suspect, we looked around for who else has a motive, and Hannah certainly did, because of what Michael had done to her roommate in a previous episode. Forensically, Hannah made sense. There could be some good forensic confusion that would seem to implicate Joan. So once we knew we were killing Michael, and we wanted Joan to take the fall, Hannah was really the only and best option for us.

The other thing that we loved about Hannah as the killer is that it put Gregson in such a terrible spot. It was interesting to take someone who is never anything but an ally and friend and champion, and make him part of the problem. To put him and Sherlock up against each other, we thought, was a big and interesting thing to do in a finale.

TVLINE | You end this finale in a completely different location. How much time are you going to be spending in England next season?
I don’t know if I can say much more than we will absolutely be in England as the seventh season begins. We had to commit. We chose to move Sherlock and Joan to London at the end of the season because we felt it was canonically appropriate, for lack of a better term. We really liked the idea of taking our Holmes and our Watson, and putting them where, really, a Holmes and a Watson belong — bring them home, so to speak — and let everyone imagine that there are additional adventures and mysteries ahead of them in a place where they really belong.

TVLINE | How will Sherlock and Joan’s partnership and the work that they do be changed going forward?
Their work is really cut out for them, as we move into a seventh season. By the end of the season finale, we’ve established that their relationship with the FBI is in tatters. That’s never good. Their relationship with Captain Gregson is in a bad place. Sherlock is not allowed to set foot in the states without being arrested, and yet they both feel a pull to the place where they spent the better part of a decade together, and to the people they’ve worked with previously. They’ll certainly be exploring an opportunity to work in New York again, but a lot of problems exist, personally and professionally. 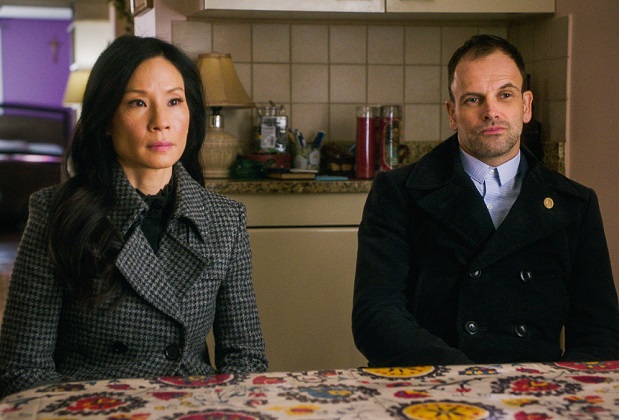 TVLINE | You reached a new depth with Sherlock and Joan’s relationship this year. Sherlock even says to her, “We’re two people who love each other.” How will their personal relationship evolve in the new season?
You’re talking about a scene that killed me to write because it was my goodbye, too. I had to assume this was the end for the series. So I thought it was time for Sherlock to stop beating around the bushes and let the subtext be the text for once. When you look at any of our seasons, what you see or feel between them is love. I think that’s the way it is for all Watsons and Holmes, or Holmeses. I don’t know what the plural is… Yes, there’s respect and friendship, but I think a Watson loves his or her Holmes, and vice versa. It’s underneath everything we do, and yet I didn’t want the show to end without somebody making that explicit. The challenge, of course, now that there’s a seventh season, is continuing to explore that and expand upon it. I don’t think it was any great revelation to Joan that Sherlock felt that way, because she feels the same. There’s nothing embarrassing about it. I don’t think it’s anything Sherlock regretted saying. But it’s something that they’ll both compartmentalize, and put away as they continue to move forward together.

TVLINE | It’s interesting to see a scene on TV between a man and a woman with that sort of declaration, where there isn’t romantic, sexual tension. It very much read as a platonic love. Was that what you intended?
Oh yeah, absolutely. Because that’s what it’s always been. I have lifelong friends that I love like family, and yet it’s not so often I put it to them that way. If I thought it was the last time I was going to see someone I cared about, I think I would say that with great ease. It’s why Sherlock was able to say it in that moment. He really thought it was goodbye, and you don’t walk away from even a platonic relationship without telling your partner how you feel. I wish there was an even more appropriate word than “platonic.” It’s fraternal. There’s great love, and there’s great respect, but there’s no romance.

What did you think of Elementary‘s season ender? Grade it via the poll below, then hit the comments to back up your pick!