Imagine your significant other has a second phone they didn’t tell you about, which requires a retina scan to unlock. Do you trust your loved one? Or do you, like Shameless‘ Fiona, wait until they fall asleep and try to peel back their eyelid to access the phone?

During Sunday’s Season 9 premiere of the Showtime series, Fi discovers that someone named Patty is calling her beau Ford’s secret cell. Fiona’s immediate reaction is a mix of panic and paranoia, and considering her relationship history, who can blame her? Plus, Ford isn’t exactly forthcoming or chatty. When Fi gets caught trying to unlock the device and then finally confronts her man, he says it’s an international phone so he can talk to his mom, aka Patty. But since Fiona doesn’t trust him, he lets her hang onto the cell so she can chat with Patty, who conveniently doesn’t call again. (Fiona accidentally drops the phone in the toilet, so that may have something to do with it.) 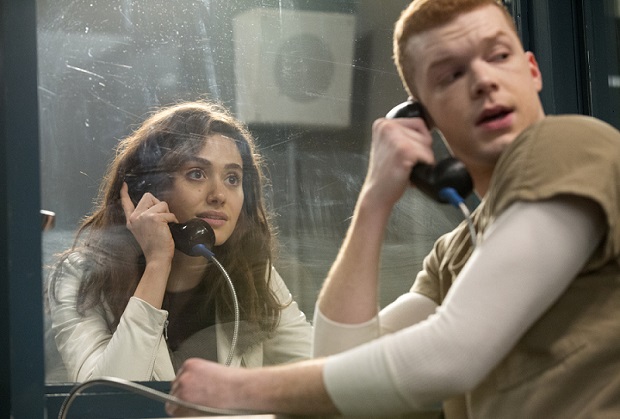 The couple also gets into a little disagreement about Ian. Fiona is getting her building appraised so she can bail her brother out of jail, but Ford thinks the money would be better put to use elsewhere. Even the rest of the family is dubious that Ian will keep up his end of the bargain once he’s out of jail.

“Does any of that sh-t matter? How many times have we bailed out family before? Isn’t that just the cost of being a Gallagher?” Fiona asks her siblings, who respond with silence. In the end, it doesn’t matter, because Ian doesn’t want out of jail just yet. He believes he has work to do behind bars, “saving the submissives from their sexual oppressors.”

Speaking of sex, Frank has been having so much of it with the PTA moms that there’s an outbreak of three STDs, and the health department is forced to intervene. And yet, he somehow manages to come out mostly unscathed — only one husband punches him — after getting the couples to open up to each other about their troubled marriages.

As for the rest of the clan: 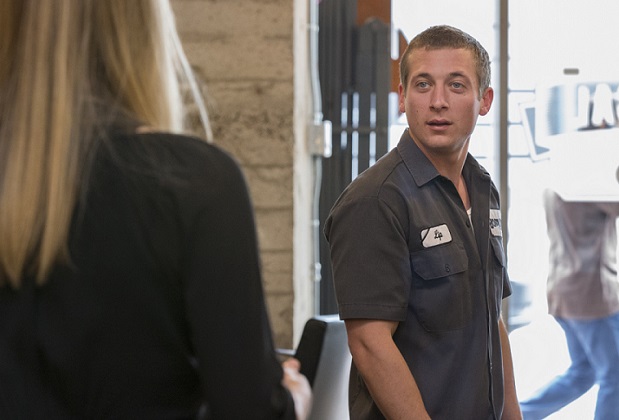 * Lip — who’s still looking after Xan and has stepped up at home in Fiona’s absence — hooks up with Tami, the maid of honor at Brad’s wedding. Upon Brad’s urging, Lip later asks Tami out to dinner, but she rejects him for being no fun and a bad lay. Hey, she puked on him mid-coitus!

* Debbie finds out that she’s getting paid less than her male counterparts because she takes frequent and longer bathroom breaks. Her solution is to construct a diaper.

* Carl wants to make cadet lieutenant, but someone is standing in the way of his future: his wife Kassidi is camped outside, shouting exclamations of love. Then one of his underperforming cadets takes care of the problem, informing Carl, “Nobody will ever find the body.”

* Kev and V’s sex life is no more, thanks to their rambunctious twins. After playing with them like dogs to tire them out, the pair realizes a preschool might be just what they need to discipline their kids.

What did you think of the Shameless season opener? Grade it via the poll below, then hit the comments to back up your pick!