John Goodman fell into a depression in the aftermath of Roseanne‘s sudden, controversial cancellation. In his first comments about the sitcom’s demise and subsequent rebirth via The Conners, the actor told The Sunday Times that ABC’s decision to pull the plug in response to star Roseanne Barr’s racist tweet left him “brokenhearted,” adding, “But I thought, ‘OK, it’s just show business, I’m going to let it go.’ But I went through a period, about a month, where I was very depressed.

“I’m a depressive anyway, so any excuse that I can get to lower myself, I will,” he continued. “But that had a great deal to do with it, more than I wanted to admit.”

Goodman went on to defend his former leading lady, whose since-deleted tweet described ex-Obama aide Valerie Jarrett as the offspring of the “Muslim Brotherhood & Planet of the Apes.” 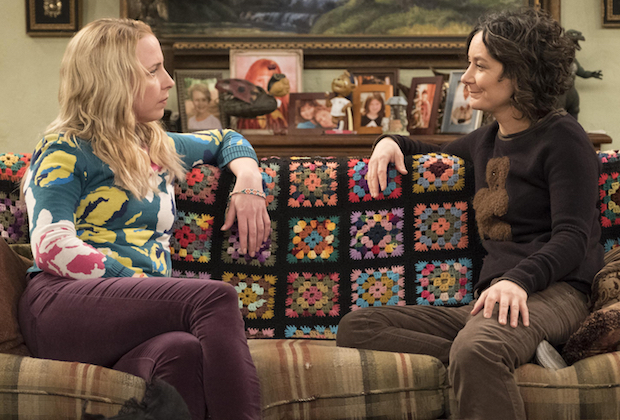 “I know for a fact that she’s not a racist,” Goodman said, before suggesting that he was not entirely supportive of ABC’s decision to cancel the sitcom. “I’ll put it this way, I was surprised at the response. And that’s probably all I should say about it.”

Regarding how spinoff series The Conners (premiering Tuesday, Oct. 16 at 8/7c) will address Barr’s absence, Goodman said, “It’s an unknown. I guess [Dan]’ll be mopey and sad because his wife’s dead.”

Immediately following Roseanne‘s cancellation last May, Goodman’s TV children released statements condemning Barr’s behavior. Lecy Goranson (aka Becky No. 1) said that she was “devastated by the cancellation,” but insisted that “more devastating are the effects of hate speech and racism on individuals and society.” Sara Gilbert (Darlene) denounced her TV mom’s comment as “abhorrent,” while Michael Fishman (DJ) called Barr’s supposed joke “reprehensible and intolerable.”