Hall’s character, Principal Featherhead, will get “caught up in the game the teenagers are playing in an unexpected way,” per the official description. The flashback episode, entitled “The Midnight Club,” takes us back to when Riverdale’s parents were still in high school, with the show’s young cast playing the teen versions of their on-screen parents. In it, “we learn dark secrets” that the parents have kept hidden for years.

To announce the news, The CW released a cheeky “yearbook page” featuring Hall, along with actual high school photographs of Riverdale‘s parents (click on the image for a closer look): 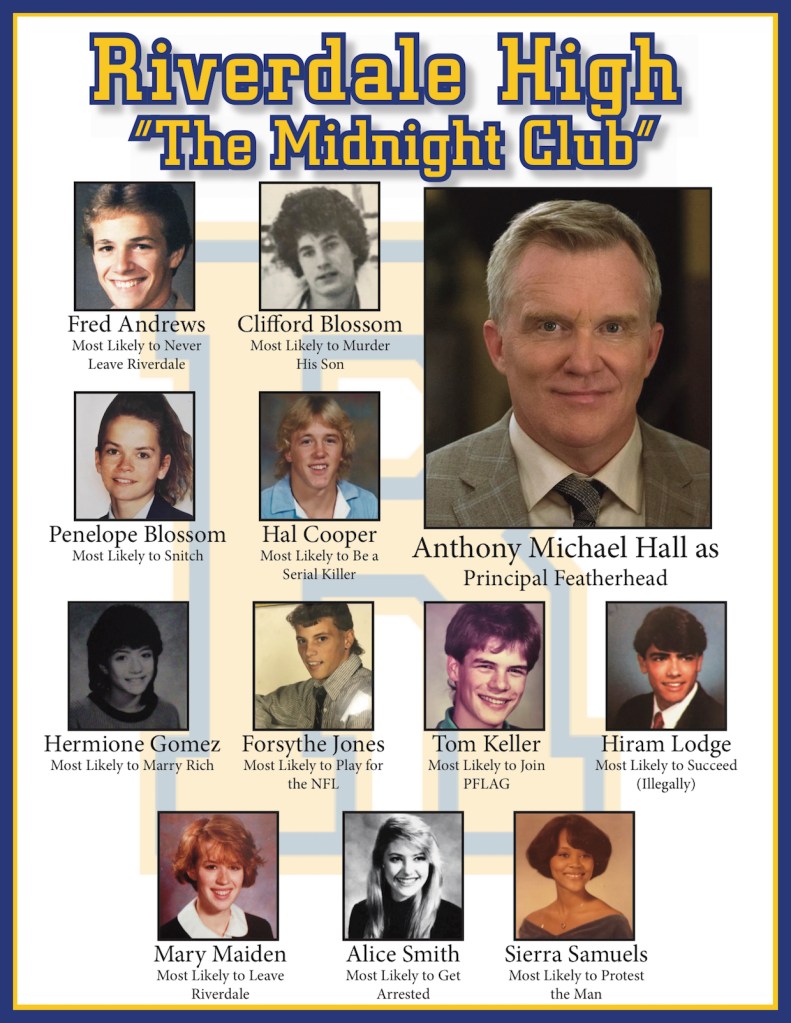 Hall, still best known for ’80s classics like Sixteen Candles and The Breakfast Club, has recently appeared on shows like Psych, Awkward and Warehouse 13. He also starred in USA’s Stephen King adaptation The Dead Zone. (His Candles co-star Molly Ringwald is already a member of the Riverdale family: She plays Archie’s attorney mom Mary Andrews.)

Earlier this month, Riverdale cast Mark Consuelos’ real-life son Michael to play a young Hiram in the flashback episode — which airs Wednesday, Nov. 7 at 8/7c on The CW.

Alright, Riverdale fans: Which high school pic of the parents above is your favorite? Scribble a message in the comments below.