AMC has announced that the three-night event will kick off on Monday, Nov. 19 at 9/8c, then continue on Tuesday, Nov. 20 and Wednesday, Nov. 21, airing for two hours a pop. 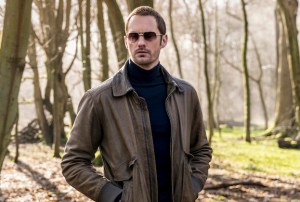 Blurring the fine lines between love and hate, truth and fiction, and right and wrong, The Little Drummer Girl “weaves a suspenseful and explosive story of espionage and high-stakes international intrigue.” Set in the late 1970s, the miniseries follows Charlie (Lady Macbeth‘s Florence Pugh), a fiery actress and idealist whose resolve is tested after she meets the mysterious Becker (Big Little Lies Emmy winner Alexander Skarsgård) while on holiday in Greece. 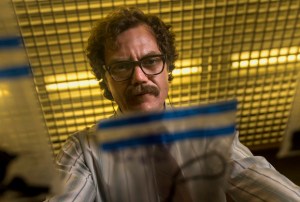 It quickly becomes apparent that Becker’s intentions are not what they seem, and Charlie’s encounter with him entangles her in a complex plot devised by the spy mastermind Kurtz (The Shape of Water‘s Michael Shannon). Charlie in turn takes on the role of a lifetime as a double agent while remaining uncertain of her own loyalties.

The Little Drummer Girl hails from the executive producers of the Emmy-winning The Night Manager and marks the television debut of filmmaker Park Chan-wook (Oldboy, The Handmaiden).