Detective Harlee Santos formally brought her case against Captain Ramsey to the police commission, as NBC’s Shades of Blue wrapped its three-season run. What last-minute curve balls did Harlee have to dodge? And in the end, who wound up behind bars… or six feet under?

Even the morning after gunning down Stahl in her living room, Harlee was resolute in her plan to show up for the police commission hearing she lobbied for — though as she assured Wozniak, it wouldn’t be her but Cole delivering the damning testimony. Thing is, Cole was a no-show, and though Harlee did her best to hem and haw and buy time, the police commission — which included Captain Ramsey, doing his best to play dumb/innocent — adjourned for a few hours, giving Ramsey’s accuser one last chance to get her ducks in a row.

After Cole’s motel room was found empty (though devoid of any signs of foul play), Harlee tracked him down about to board a ferry. He explained that despite them both having the best intentions, calling out Ramsey is not something he can go through with. And no, no pep talk from Harlee is able to make him turn heel and return with her to face the commission. 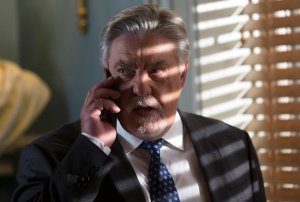 Tess meanwhile fakes the crashing of her cruiser — nasty head bump against the steering wheel included — in order to allow Enrique to “escape,” into the waiting arms of his cartel pals. Later, just as she has collected her sizeable payday for the turncoat act, Woz is waiting for her. The two of them then meet with the cartel liaison, cuing him to give Ramsey a ring and lead the captain into saying some quite incriminating things, all as Woz records the conversation. Woz alerts Harlee to the new evidence just as she is about to, against his counsel, face the commission by herself. She insists on going through with Plan B, urges him to send along the damning audio ASAP, and for good measure gives daughter Cristina a heads-up that she is about to do something very important but potentially life-changing.

The hearing reconvenes, and no, Cole doesn’t waltz through the door to save the day. Instead, it is left to Harlee to lay out the accusations against Captain Ramsey, backing up her case with the audio that just landed in her text message inbox from Woz. With his fellow commission members’ ears duly perked, Ramsey tries to wave away the shady conversation as being part of an undercover sting. That is when Harlee must play her other, self-incriminating card, by detailing what really went down with the diner shooting — how she shot an unarmed dock worker whom she “mistook” for Stahl, and then covered it the bad shooting with a drop gun. 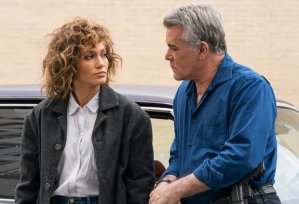 Harlee’s admission and all the dirty laundry that came with it has the desired impact on Ramsey’s career… as well as her own. As such, she tasks a touched Wozniak with keeping an eye on Cristina while she serves her time — a “second chance” of sorts for her tortured colleague. Jumping ahead two months, we see Ramsey being loaded into a prison transfer, where he realizes that Wozniak, also clad in an orange jump suit, is right behind him. The bull in charge of the bus gives Woz some privacy, to choke out the dirty captain. Later, Wozniak escorts Harlee to her own new residence behind bars, and as she gets settled into her cell, we see a certain peace wash over her face, knowing that knocking down a blue wall of corruption was worth it.

This recap was written while on vacation. I apologize for its brevity (and any hiccups), but knew that fans would want a place to engage.