The search for Spock is over: Star Trek: Discovery has cast Ethan Peck to play the iconic Vulcan in Season 2 of the CBS All Access drama, TVLine has learned. 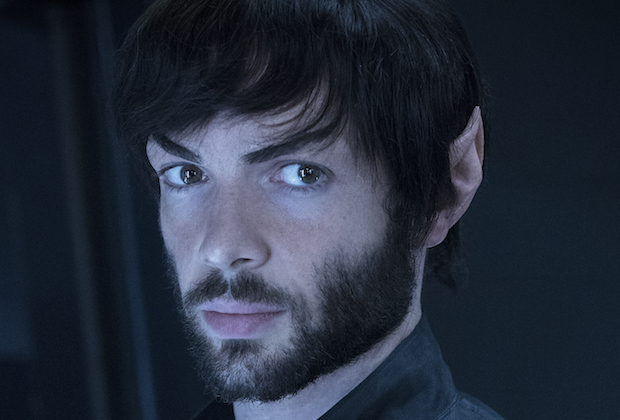 The famously logical science officer was played by Leonard Nimoy on the original Star Trek TV series, and then by Zachary Quinto in the recent reboot films. “We searched for months for an actor who would, like them, bring his own interpretation to the role,” showrunner Alex Kurtzman said in a statement. “An actor who would, like them, effortlessly embody Spock’s greatest qualities, beyond obvious logic: empathy, intuition, compassion, confusion, and yearning. Ethan Peck walked into the room inhabiting all of these qualities, aware of his daunting responsibility to Leonard, Zack, and the fans, and ready to confront the challenge in the service of protecting and expanding on Spock’s legacy. In that spirit, we’re thrilled to welcome him to the family.”

Peck — the grandson of legendary actor Gregory Peck — starred in the short-lived ABC Family adaptation of 10 Things I Hate About You, playing the role originated by Heath Ledger in the movie. His other TV roles include Madam Secretary, Gossip Girl and the unaired CW pilot The Selection.

Season 2 of Discovery, debuting in early 2019, picks up with Michael Burnham and the Discovery crew coming face-to-face with Captain Christopher Pike (played by new cast member Anson Mount) and the pre-Kirk Enterprise. (Discovery takes place about a decade before the original Trek.) Spock was a part of Captain Pike’s crew, and his father Sarek raised Michael Burnham — and though we don’t see him in the Season 2 trailer, Kurtzman confirmed at Comic-Con last month that Spock would indeed be a part of the new season.

Peck received a formal welcome on social media from none other than Leonard Nimoy’s son Adam:

What do you think, Trekkies: Does Peck look the part? Weigh in on the casting in the comments below.