THE PERFORMANCE | As kooky ex-con/nail technician Polly on TNT’s delightfully ridiculous crime dramedy, Preston has always been a reliable source of space-cadet comic relief. But the Emmy winner doubled our pleasure this week by also playing Polly’s long-lost twin “sister”… and poignantly revealing the damaged soul that Polly’s sunny smile is trying so hard to hide.

When Polly discovered her foster daughter Marnie had run away to reunite with her birth mom, it sent her into a full-blown panic attack, with Preston violently gasping for air. Just then, her snarky twin sister Lillian appeared at her door, with Preston dropping Polly’s squeaky voice to play the cool, calculating evil twin. It was a thrill to watch the dueling Prestons bounce off of each other… until we realized “Lillian” was just a figment of Polly’s imagination, brought on by the stress of Marnie’s disappearance. Preston’s vulnerability cut close to the emotional bone as Polly confessed that Lillian died when they were kids and sobbed to Desna about her utter hopelessness: “We’re never going to be anything but just ordinary… and what’s worse than that?”

The cherry on top of the acting sundae: a dance sequence to Cyndi Lauper’s “True Colors” between Polly and Lillian, both played by Preston, to heal the psychological wound that Polly’s been carrying around for decades. (Like everything on Claws, it was half WTF over-the-top and half genuinely moving.) The pure, childlike joy on Preston’s face as Polly made her peace with her long-buried trauma was simply gorgeous — and Preston’s fearless performance put a smile on our faces, too. 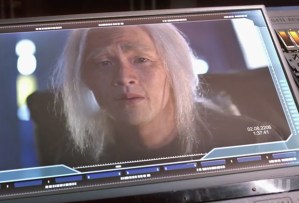 HONORABLE MENTION | Goodbyes are never easy, but there was something especially painful about Monty Green’s farewell at the end of Tuesday’s The 100 finale. Maybe it was the pacing of his video diaries, which revealed segments of his long, happy life with Harper aboard the ship. Or maybe it was the notion of his sacrifice, that he died so his friends (and son!) could survive on a new planet. Either way, the emotional event was bolstered by Christopher Larkin’s authentic, heartbreaking and thoroughly bittersweet final performance. Through his consistently endearing work in this role, Larkin has earned so much emotional credit with the audience that the mere thought of Monty’s demise — let alone one accompanied by such a beautifully delivered speech — is enough to reduce any diehard fan to tears. It was a fitting sendoff for Monty and Larkin, both of whom will be missed next season. 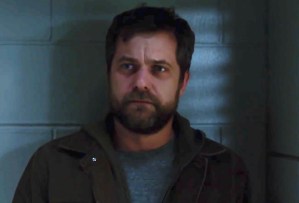 HONORABLE MENTION | For four seasons, we’ve watched The Affair’s Cole try and fail to get over Alison. That made Sunday’s episode all the more heartbreaking as he grappled with the tsunami of conflicting emotions brought on by her sudden death. Cole did not say a word after James walked in and dropped the bomb on him, and in Joshua Jackson‘s capable hands, silence was indeed golden. The devastation in his eyes did more to convey Cole’s despair than words ever could; it was clear that a piece of him died along with Alison. Later, Jackson made you feel every ounce of anger that pumped through Cole’s veins as he attempted to make sense of her demise, going so far as to suggest that she would never kill herself despite all the obvious warning signs. When, the floodgates finally opened and Cole began sobbing uncontrollably, we were stunned into silence at Jackson’s subtle, visceral, raw performance. 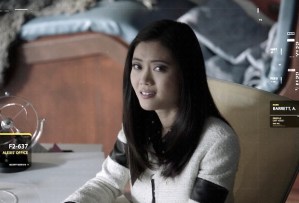 HONORABLE MENTION | Who would’ve thought that as Reverie wrapped its freshman run, the heretofore-detached Alexis would be the one to break our hearts? And yet that is precisely what happened, thanks to a tender performance by Jessica Lu. First, Lu conveyed the deep-seated bond between twins as Alexis questioned her parents’ omission of Dylan from a birthday celebration, and their lives in general. “I built [the A.I.] so we didn’t have to lose him for good!” she argued. But later, the emotional gloves were off as Alexis detailed for that A.I. his tragic fate. “Were you sad?” Dylan asked. Alexis quietly answered, “Very sad. You were my best friend.” She then admitted that her “revival” of him as a sweet-voiced A.I. “kept me from seeing things clearly. Not just things, but people, too.” And on that note, she altered the A.I. to abandon its childlike tone, saying, “I think it’s time… to let you grow up.”