Following a bit of hullabaloo regarding a leaked sneak peek at The Flash‘s new supersuit, Grant Gustin has released an official Season 5 portrait.

“First OFFICIAL look at Barry’s new threads for season 5,” the Flash star said in a Friday evening Instagram post, sharing the full image seen below. I’m no fashionista, but the new outfits seems to have a modified cowl (with no chin strap);  softer, Spider-Man-like fabric (can we say Spider-Man here?); a smaller chest emblem and a semi-translucent neck.

Earlier this week, Gustin vented about a photo that had been leaked from a behind-the-scenes fitting and drew criticism for this, that and the other nerdy thing (but also for the actor’s build). “Here’s the thing about this bulls–t photo leak — it’s a cool suit,” Gustin wrote Wednesday on Instagram. “It’s a terrible photo that I was unaware was being taken, much less being posted. Some things need work and they will be worked on. We’ll get there.”

The Flash opens Season 5 on Oct. 9, again airing Tuesdays at 8/7c (leading into Black Lightning). Jessica Parker Kennedy (as Nora), Danielle Nicolet (Cecile) and Hartley Sawyer (Ralph) have all been promoted to series regulars for the coming run, while Chris Klein (American Pie) will portray The Flash’s foe, Cicada. 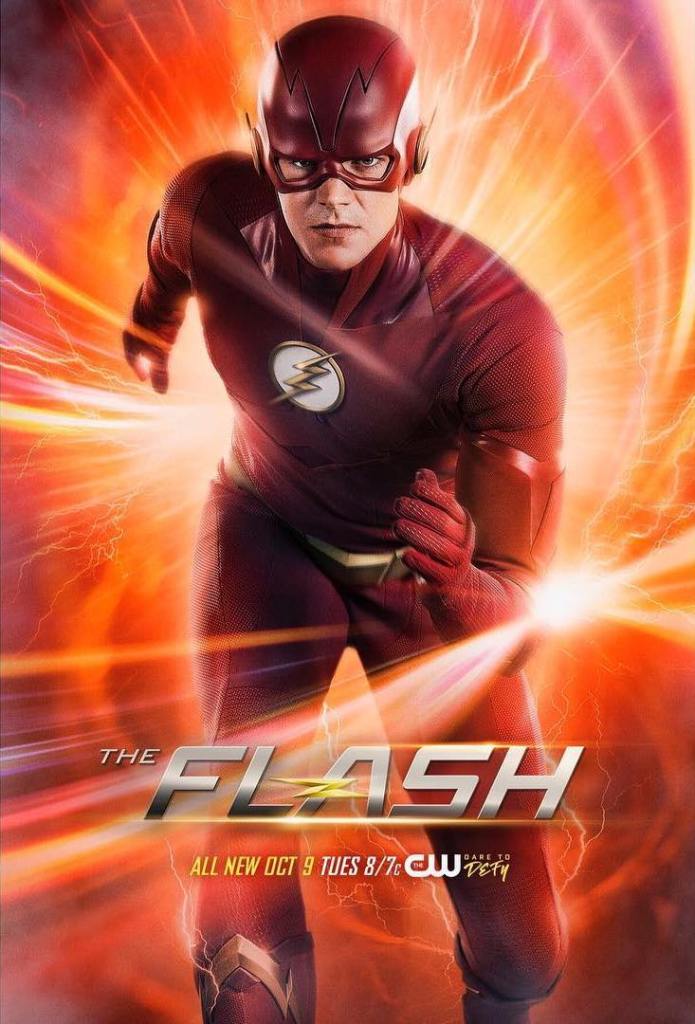