Romance was in the air during The Bold Type‘s Paris-set Season 2 finale on Tuesday.

For Sutton, a professional triumph led her to realize that she wanted to share the moment with Richard. After some encouragement from her boss Oliver, she rushed off to fly back to New York and declare her feelings for her ex before he got too serious with his new girlfriend. But before Sutton could even leave the hotel, Richard showed up in Paris and confessed, “It’s always been you.”

Now the reunited pair are taking their relationship public despite the complications that come with working together at Safford. To find out how that situation, not to mention their age difference, will affect the couple in Season 3, TVLine chatted with star Meghann Fahy.

Plus, the actress weighs in on whether Jane should pick sweet boyfriend Ben or the charming Ryan, aka Pinstripe, who declared his feelings for the writer in the finale.

TVLINE | What was your reaction when you found out that Sutton and Richard were getting back together, and that he was making this grand gesture and coming to her?
I love that. I’ve always been Team [Sutton and Richard] from the beginning. They’re an example of a really genuine connection between two people… when you find that in your life, it’s exciting, and it’s hard to give that up for any reason. So I was so sad when they had to go their separate ways, even though I understood and I supported Sutton’s decision. But when I read the finale, I was so, so excited, because the first two seasons of the show, they’re really not together. You don’t really see them together and happy. We see them struggling and heartbroken. So what I’m really excited about is in Season 3, we do get to see them together and living out their relationship, and the struggle that comes with that, but also the good that comes with that. 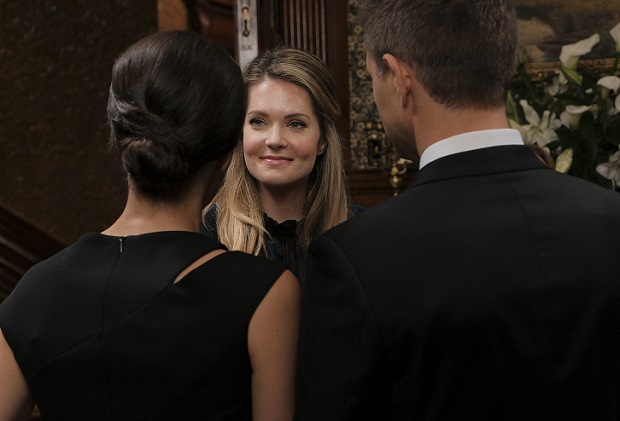 TVLINE | Do you think that they’re going to be embraced by everybody at Safford?
No, I don’t. We tried to tell that storyline in a really truthful way, and the truth is that all of the things that they were afraid of or that Sutton was afraid of are really legitimate concerns. In the finale, she was like, “Wow, I had the most amazing moment in my career so far, but I only wanted to share it with Richard, and I couldn’t.” What we see happen with Sutton is she realizes, “OK, I now know that this relationship is worth it, and I’m willing to fight for it and put up with all of the hardship that comes with that as it applies to judgment in the workplace.” She’s like, “You know what? Let’s do this thing!”

TVLINE | Is that the biggest challenge to their relationship, though, that outside judgment? Or is there something more, maybe something internal?
I don’t think so. Their chemistry and their connection to each other is a very natural one, and I think that under different circumstances, it would be much easier for them to be together. I do think that an added layer of difficulty is just the difference in age. He’s 12 years older than her, and that’s a pretty legitimate age gap. So I think even if they weren’t working together, they would struggle with that, because there is a stigma that comes with an older man dating a younger woman, and what that means and what that says about her, and what that says about him. Beyond that, no, I really do think the most complicated part of their relationship is the fact that they both work at Safford. 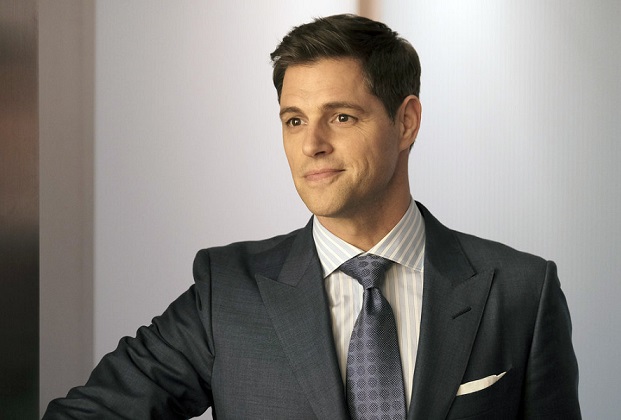 TVLINE | Richard seemed pretty ready to settle down earlier this season. He was ready to get married and have babies ASAP. Is Sutton in the same headspace as him? Is that going to be an issue for them?
That will be really interesting to see. [Laughs] But I definitely don’t think that Sutton is ready to have a family. She knows that she wants to be with Richard, and they’ve probably have spoken about spending their lives together. But what that looks like and how it differs between the two of them based on their age difference would be a really great thing to explore. I hope that we get to do that.

TVLINE | This was a really great season for Sutton. We got that wonderful “Betsy” episode. We got to meet her mother. We got to see her blossom at work. Is there still something that you’re dying to explore with Sutton next season?
I’m really excited about the fact that we got to see a little bit more of her backstory and meet her family and see where she came from. That’s so important in terms of how an audience connects to a character. But as far as what I hope happens, I’d love to see Sutton become more specific about what excites her about fashion and how she really, specifically, wants to pursue a career in that field. Because there are so many different ways to do that. She’s learning from Oliver, but the interesting question is: Does she want to become Oliver someday? Does she want his job? Or does she want to work in a different medium? That would be pretty cool for us to explore. 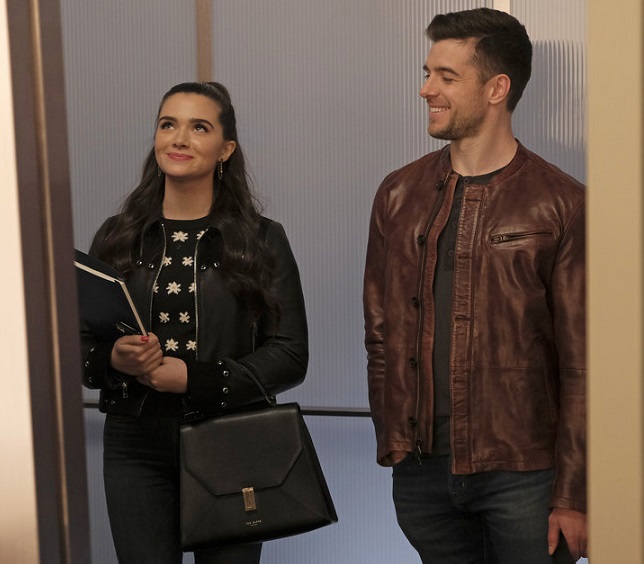 TVLINE | There was another romantic development in this episode, but with Jane. Who, as Meghann, would you pick for Jane: Ben or Pinstripe?
I don’t know if I’m allowed to say it, but I’m going to say it. It’s hard because I love them both, but I am Team “Janestripe,” I’ve got to say. They have great chemistry, and I just really enjoy the evolution of that relationship. It’s really sweet, their ability to razz each other and poke fun at each other, and it’s all in good fun. Pinstripe is perfect for Jane because he kind of takes her outside her head a bit, which is really hard for Jane sometimes. So it’s really lovely to see her with a guy that forces her to not think about everything so much [and to] be in the moment.

Bold Type fans, what did you think of the finale? Grade it via the poll below, then hit the comments to back up your pick!