THE PERFORMANCE | With Amy Adams and Patricia Clarkson playing a formidable mother-daughter duo, HBO’s Sharp Objects is already ridiculously blessed in the area of great female performances. But we couldn’t take our eyes off of Scanlen this week: The Australian newcomer commanded our attention with a gorgeously jagged, shape-shifting turn.

As Camille’s teen half-sister Amma, Scanlen is a true chameleon: At home, Amma pretends to be a prim, innocent child, happy to let her mother Adora brush her hair like she’s a life-size doll. But out on the streets of Wind Gap, Amma dons short-shorts and roller-skates around town, looking for trouble… and often finding it. This week, Scanlen was savage as a drunken Amma taunted Camille about her obsession with dead girls and her lack of a love life. Amma quickly snapped back into dress-up doll mode for her mom’s benefit, but soon enough, she was back out roller-skating, giving Camille a wickedly mischievous look when their eyes met. Later, Scanlen took no prisoners when Amma confronted Camille mid-date, aggressively bullying her older sister while flirting with her male companion. (Teen girls can be so cruel.)

Scanlen is all of 19 years old (!), so just the fact that she’s not getting blown off the screen by her more seasoned co-stars is a major accomplishment. But with stunningly versatile, electrifying work like this, she is more than holding her own: She’s making us sit up and take notice. 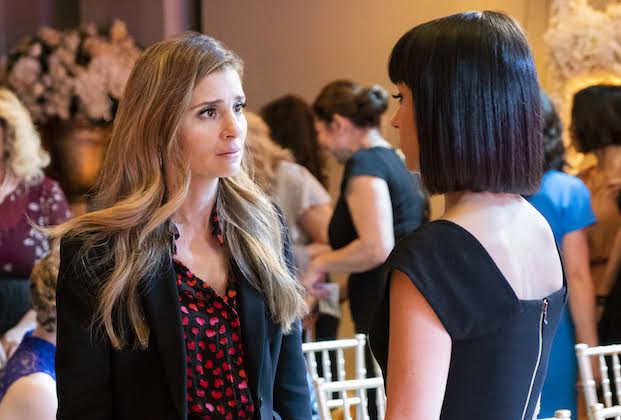 HONORABLE MENTION | UnREAL had its share of ups and downs, to be kind — its final season got unceremoniously shipped off to Hulu — but amid all the ludicrous plot twists, the dynamic duo of Shiri Appleby and Constance Zimmer made the whole crazy endeavor worth watching. Appropriately, they both upped their games for the series finale: Zimmer showed cracks in Quinn’s tough façade as she dealt with a problematic pregnancy, and Appleby ran the emotional gamut as Rachel shifted from ruthlessly manipulating her reality TV minions to tumbling into a spiral of intense self-loathing. (Bonus points: Appleby, in true lady-boss fashion, also directed the series finale.) UnREAL‘s legacy may ultimately be one of great potential only briefly realized, but at least we’ll have these two incredibly powerful (and inseparable) performances to admire for years to come. 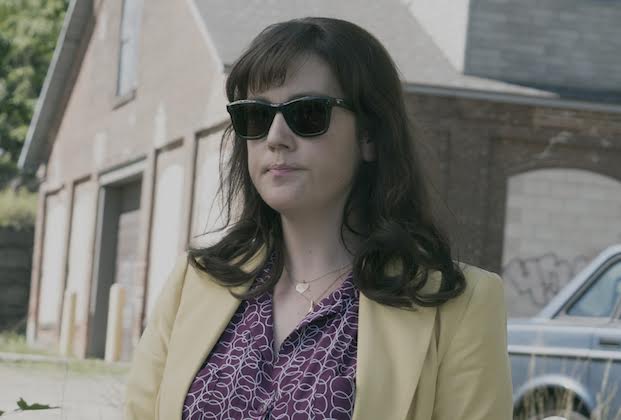 HONORABLE MENTION | Melanie Lynskey has been a terrific TV actor for a while now (see: HBO’s Togetherness), and Episode 3 of Hulu’s Stephen King mash-up Castle Rock provided an ideal showcase for her distinctively offbeat talents. Awkward and fragile, Lynskey’s jittery realtor Molly Strand seems as if she’s on the verge of breaking down in sobs at any moment. As Molly fought off memories of her childhood mistakes — and struggled to harness her strange psychic abilities — Lynskey lent her a brittle vulnerability, finding a resilient thread of humanity in this weirdo outcast that we can all relate to. A final scene where Molly snapped on live TV, loudly railing against injustice during an otherwise polite news segment, was just further proof that adding Lynskey to your TV show’s cast is always a wise decision. 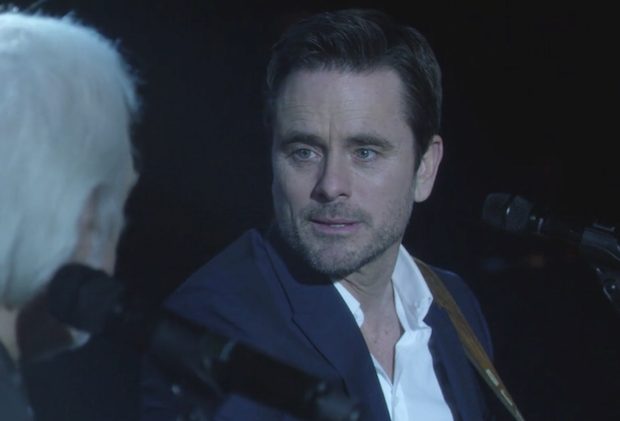 HONORABLE MENTION | Nashville aired its final episode Thursday, and we’d be remiss if we let the series go without citing Charles Esten‘s superior work one last time. As Deacon, Esten exuded an ease and charm that always reminded viewers why Rayna never was able to quit him. And in times of high drama — Deke’s alcoholic relapse, her gut-punch of a death — Esten gave good anguish. There were no such fireworks in the finale, but we were glued nonetheless to the subtle way the actor ushered Deacon along the path to forgiving his father. That last scene, when Gideon revealed he knew the words to all of his son’s songs? Esten’s face said more than any monologue, an accomplishment that comes from an admirable six-season run of knowing his character to the bone.