“Nothing is bigger than family,” Fiona declares in a new trailer for Shameless — but the insanity of the Gallagher clan’s lives is bigger in Season 9.

Among the shenanigans and crazy drama in the video above: Fi goes “all Fiona” on her boyfriend Ford; Frank gives STDS to the moms in his PTA group; Lip takes on pseudo-fatherhood with Eddie’s niece; Ian — who’s off his bipolar meds — becomes “the gay Che”; Debbie takes on the man at work; Carl can’t shake his clingy wife Kassidi; and Kev and V attempt to make the bar less “rape-y.”

Check out the official description for Season 9 (premiering Sunday, Sept. 9 at 9/8c on Showtime), then scroll down to view a fresh poster:

Political fervor hits the South Side, and the Gallaghers take justice into their own hands. Frank sees financial opportunity in campaigning and decides to give voice to the underrepresented South Side working man. Fiona tries to build on her success with her apartment building and takes an expensive gamble hoping to catapult herself into the upper echelon. Lip distracts himself from the challenges of sobriety by taking in Eddie’s niece, Xan. Ian faces the consequences of his crimes as the Gay Jesus movement takes a destructive turn. Debbie fights for equal pay and combats harassment, and her efforts lead her to an unexpected realization. Carl sets his sights on West Point and prepares himself for cadet life. Liam must develop a new skillset to survive outside of his cushy private school walls. Kevin and V juggle the demands of raising the twins with running the Alibi as they attempt to transform the bar into a socially conscious business. 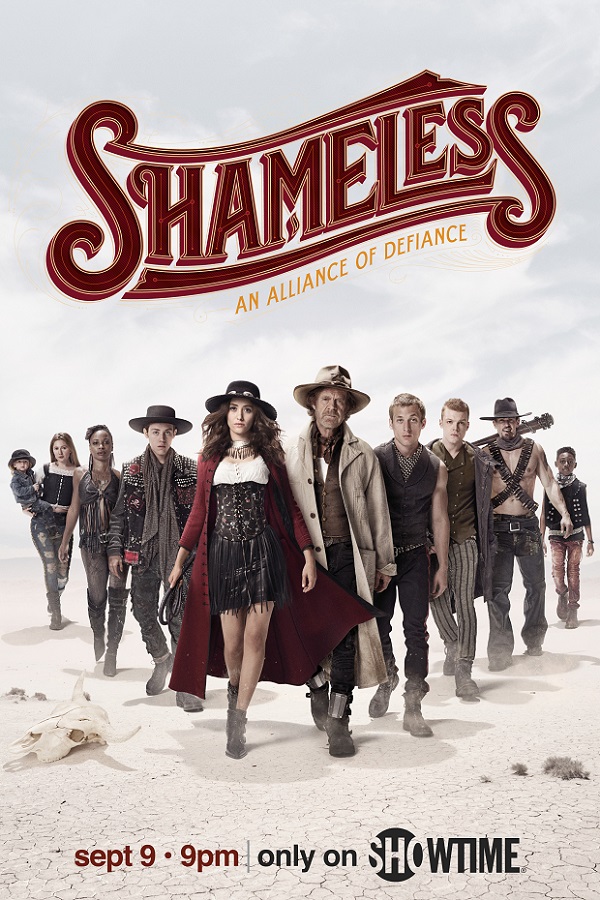