Judges from Food Network’s popular Chopped competition served up behind-the-scenes secrets with a side dish of hearty laughs, during their appearance at the Television Critics Association summer press tour on Thursday.

Maneet Chauhan, Amanda Freitag, Alex Guarnaschelli, Marc Murphy, Marcus Samuelsson and Chris Santos held court at the biannual press event, where they took turns disclosing their “bucket lists” for the long-running series. Guarnaschelli, for one, wants Chopped Live, even though all agreed it would be a bit of a “wheels off the bus” endeavor, given how much gets edited out.

Santos in turn pitched Tag Team Chopped, in which each judge would team up with a name pulled out of a hat, while Chauhan’s wish is for Chopped International. 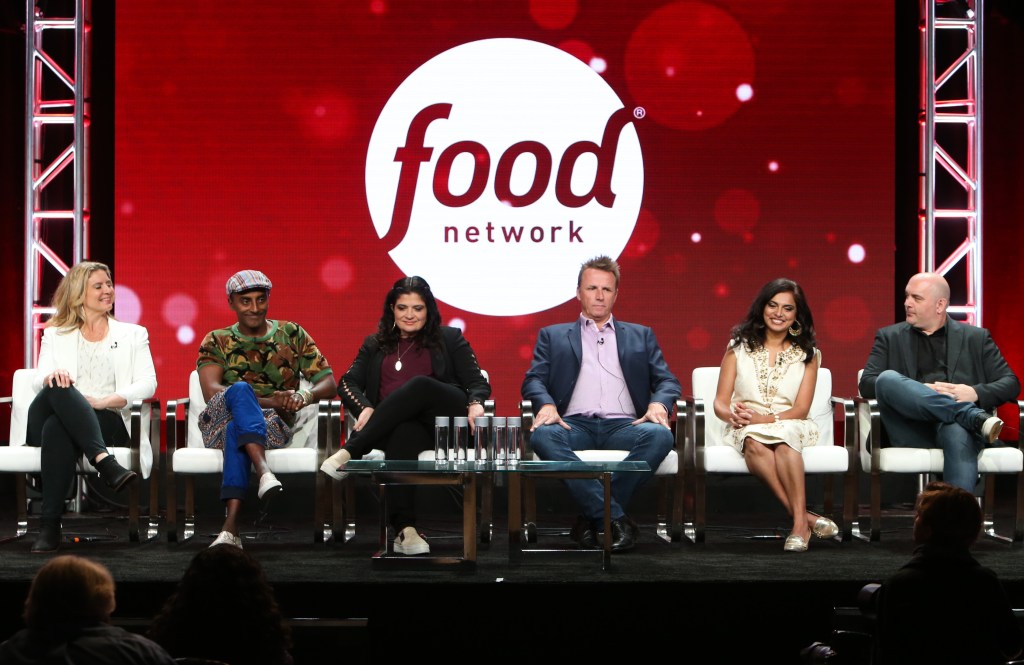 Arguably the wild card of the group, Guarnaschelli also expressed her wish to work with a living basket ingredient — such as, say, a bird that flies out once the lid is lifted. Chefs then have to catch it to work with it.

As far as behind-the-scenes dish, it was explained that it takes a full three hours to tape a single round of Chopped, and 10 hours to bank an entire episode.

Guarnaschelli said that it’s a bit of a “Mafia moment” each time the judges eyeball each other across a party, and that an on-set medic “spends the majority of the day giving antacids to the judges.” Which is… understandable.

There are hazards for the contestants, too, but no injuries have sent a competitor home. In fact, one chef continued on to the finals after spilling boiling water on herself, Freitag recounted.

All told, the competition is fierce, but always welcome. As Guarnaschelli noted, where else do you have “a 75 percent chance of losing,” but show up excited anyway?

Would you like to see Chopped go live? (With reporting by Vlada Gelman)