All politics is local — and it sounds like somebody from the This Is Us family will be learning that lesson next season. 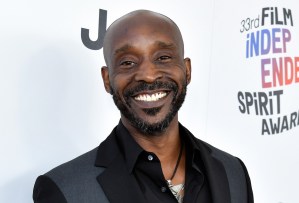 NBC’s hit drama has added Daredevil veteran Rob Morgan to the Season 3 cast in a recurring role, according to The Hollywood Reporter. Morgan will play Solomon Brown, a city councilman who oversees the district where Randall’s late birth father William lived. He’s “smart and charming, a family man and regular churchgoer,” according to the network.

We don’t know exactly who from the Pearson family might be sharing scenes with Solomon, but since Randall purchased the building where William used to live in Season 2, it’s a good bet he and his wife Beth will be working with — or butting heads with? — Solomon soon enough. We’ll find out for sure when This Is Us returns for Season 3 on Tuesday, Sept. 25 at 9/8c on NBC.

Morgan played criminal Turk Barrett in the first two seasons of Marvel’s Daredevil, reprising the role across other Marvel shows on Netflix: Luke Cage, Jessica Jones, The Defenders and The Punisher. He also has a recurring role as Officer Powell on Stranger Things, and has appeared in episodes of Godless, Person of Interest and The Knick.