What are you doing the week of September 24…? Because your DVR is going to be crying. And quite possibly overheating.

Folks, it is time for TVLine’s famously handy calendar (and it is an actual calendar) of Fall TV season and series premieres, which this year kicks off with Fox’s 9-1-1 sirens blaring and ABC’s The Good Doctor scrubbing back in, before going absolutely bonkers toward the end of September, where nearly 60 (!) premieres await you.

Here is our round-up of September and early October’s premieres, plus a pair of tinted boxes that denote 1) later launches and 2) midseason holds — a good way to save yourself from “Heavens to Betsy, where is rakish Red Reddington and that Blacklist of his?!?!” bouts of hysteria.

New series are in BOLD, time zones Eastern. Click to zooma-zoom-zooma-zoom and save the dates! (Updated 9/7) 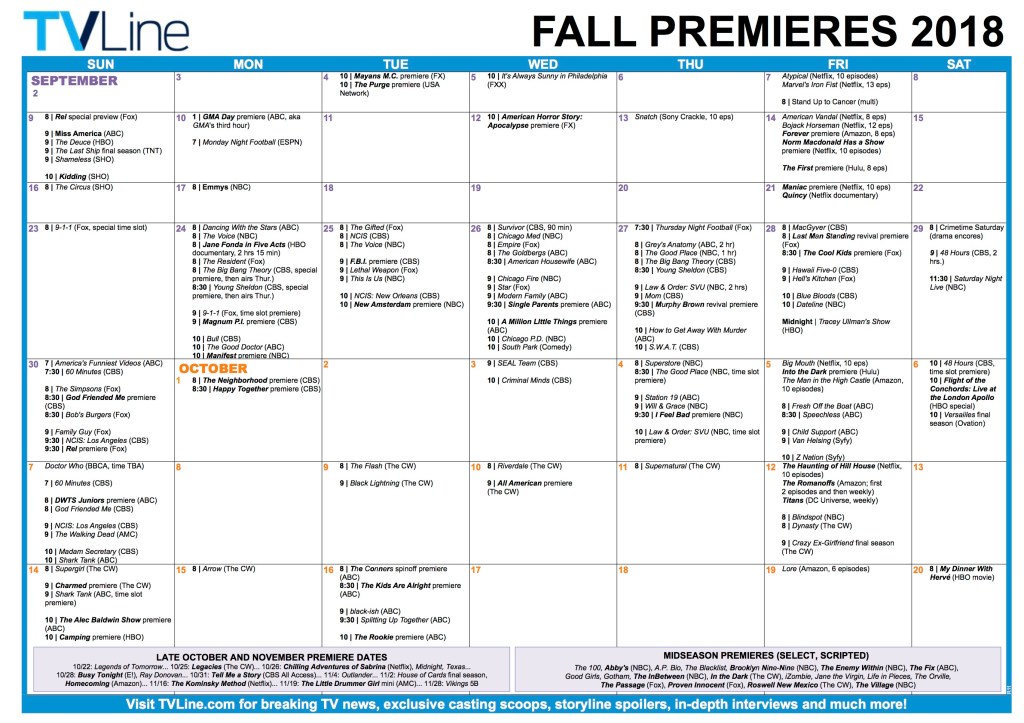