Are you missing Mike Ross? So is Harvey Specter when Suits returns this Wednesday (USA Network, 9/8c) — but the lawyer doesn’t have a lot of time to lament his friend’s departure. And he certainly doesn’t have the luxury of taking a breather, especially not when the Season 8 premiere introduces Katherine Heigl’s legal eagle Samantha Wheeler as “a force to be reckoned with,” executive producer Aaron Korsh previews below.

Read on as the EP also talks about Donna’s evolution at Specter Litt, Louis and Sheila’s future, and more. 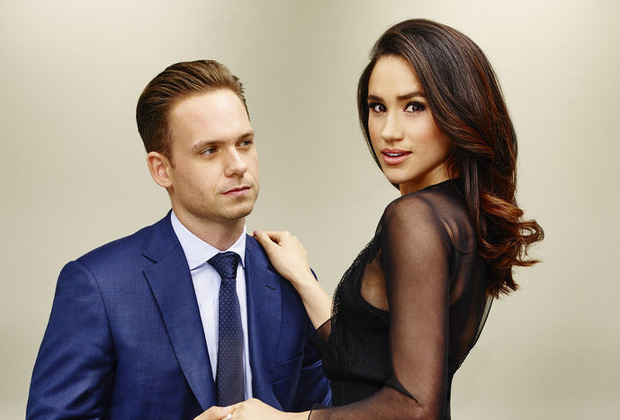 TVLINE | When you sat down to break Season 8, the first one without Mike and Rachel, how did it feel?
Well, first of all, I cried for about three hours. [Laughs] Every year, we have a challenge in front of us. So usually, I’m really about trying to figure out what we are going to do in the wake of where we left off, and I don’t have a lot of time to mourn the passing of something. That [mourning phase] happened at the end of Season 7, where I was like, “I can’t believe everything’s coming to an end,” and we all got to say goodbye. By the time we were doing Season 8, it was more like, “What are we going to do?” I didn’t have a lot of time to be like, “Oh no, we don’t have Patrick [J. Adams] and Meghan [Markle], and Mike and Rachel.” So it was really about trying to integrate these new characters that we left off with into the show.

TVLINE | In the world of the show, though, Mike and Rachel are very much still alive. So do we get the occasional mention or update throughout the season?
I don’t know, now that you mention it, that we’ve done a huge amount of, like, updating on what’s going on with them, in terms of like, “Hey, did you hear…?” which actually is not a bad idea. Maybe I’ll add that into — We have one [episode] left in the first 10 [that] we haven’t shot yet. [Laughs] … We talk about missing them. Harvey definitely, at least, has a minimum of one conversation with Mike, but it’s not about updating on what Mike’s doing. But it is about keeping them alive, and you talk about them, and you think about them, as you would with people that you care about. 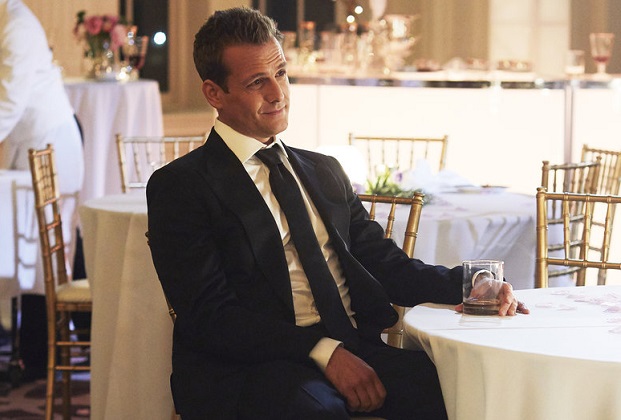 TVLINE | Even when Mike was in jail, he was still very much a part of Harvey’s day-to-day life. What is Harvey like without Mike there by his side?
Mike being gone, it affects Harvey. There’s no doubt about it, and we talk about it, and Harvey goes through a transition in Episode 1 of realizing maybe he doesn’t want to be the person he’s been professionally over the last season or so. But also, Harvey is a different person than he was a few years ago… he was able to accept Mike leaving and [see] that it was for Mike’s good, and though he misses him, it’s not as much of a hole in his soul as it would’ve been in seasons past.

TVLINE | There’s been no shortage of powerful female characters on the show. What does Katherine Heigl’s Samantha Wheeler bring that’s new and different?
First of all, let me just say, I’ve never had a situation before where I’ve had an actor kind of call up and want to be on the show in advance of a character having been written. That’s just not usually the way my brain works. I usually will have a character written, and then we’ll start thinking of who we want to play them. In this instance, it’s the first time ever where we decided we’re going to cast this actress, and we don’t know what we’re going to do. So that’s why, when we started Season 8, it was like, “Oh, how are we going to integrate these people?” 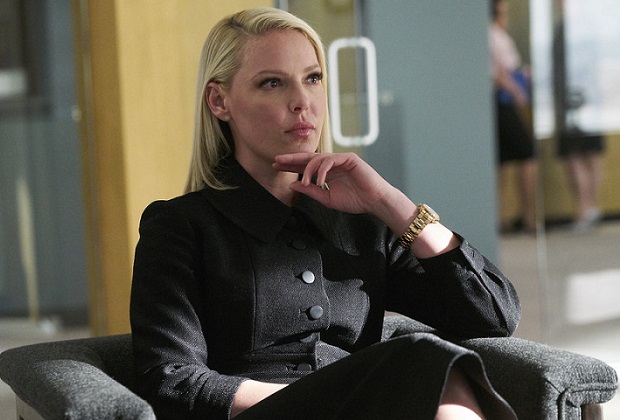 But an idea popped into my head, and the way she enters the firm is through Robert Zane. She has a pre-existing relationship with him, and it feels organic to the show. She comes into the show, in my mind, similar to where Harvey was maybe three or four years ago in terms of the way she operates, and her ranking within the firm, and her confidence in herself. She’s a force to be reckoned with, no doubt, and she fits seamlessly right in there. She’s, no doubt, a very powerful woman.

TVLINE | First impressions are everything. What kind of impression would you say Samantha makes on the people in the firm?
I love her introductory scene. It’s one of my favorites. She comes in with a punch, so to speak. I wouldn’t say that she comes in as a good guy or a bad guy. She comes in as a forceful person to be reckoned with, and a lot of the characters on the show are not sure where she stands. They’re not sure if she’s on their side or not on their side, and she spends a lot of the first 10 episodes showing them, or trying to show them, that they can rely on her and that she is an asset to the team. But that doesn’t mean she’s going to lay down or not be a force to be reckoned with. 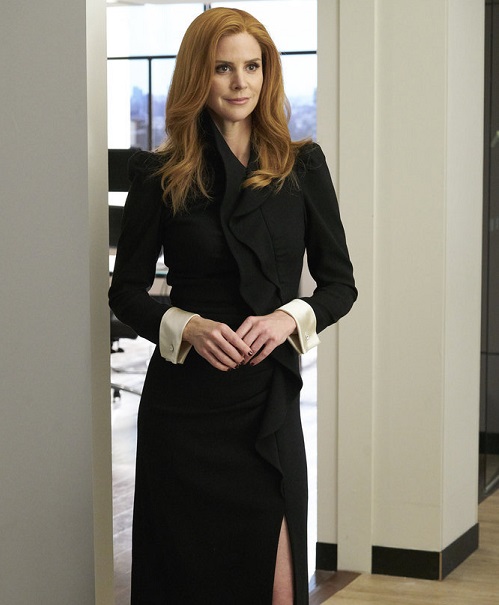 TVLINE | Professionally, Donna has risen to the position that she’s always wanted, but her personal life remains a bit unsettled. What’s next for her?
This year, at least in the first 10 [episodes], Donna is coming into her own as COO. …. Throughout the course of Season 7, she asked for it, she got it, but she still, in her own mind, wasn’t sure or hadn’t yet really internalized that she deserved it and was up to the challenge. Now in Season 8, she’s feeling much more comfortable. Right away in [Episode] 801, she has a line where she says, “COO is where I’m meant to be,” and she feels much more confident and secure in that position. That’s a lot of what’s going on. You will, hopefully, be… a little bit surprised at Donna’s role within the firm by the end of the first 10 [episodes] of Season 8.

TVLINE | What’s coming up for Louis and Sheila now that they’ve decided to be together and potentially have a family?
I’m coming from set, where they just were filming some really good stuff. Louis and Sheila have always been two of my favorites on the show. Their relationship, to me, is so odd, but with a foundation of love and believability. They have a lot of ground to cover this year, and there are a lot of emotional scenes with them. There are a lot of funny scenes with them, and I’m very excited about what’s coming with Louis and Sheila.

Stay tuned to TVLine for even more Suits scoop!