Heigl makes her punchy debut as Robert Zane’s right-hand gal in a boxing ring, and it’s immediately clear that Samantha doesn’t answer to anyone. For example, she hasn’t shown up to the office because she assumed Robert would find her when he needed something cleaned up — and she was right. Following the merger, Harvey and Robert make a wager about their conflict-of-interest clients. Instead of picking a fight with Robert himself, Harvey tasks Alex with getting Robert’s client to drop their business. Meanwhile, Robert goes to Samantha, who ruins Alex’s play. Then Harvey walks into his office to find her sitting there like she owns the place, and he doesn’t like it. And when he gives her a direct order as her boss, she tells him, “Kiss my ass.” 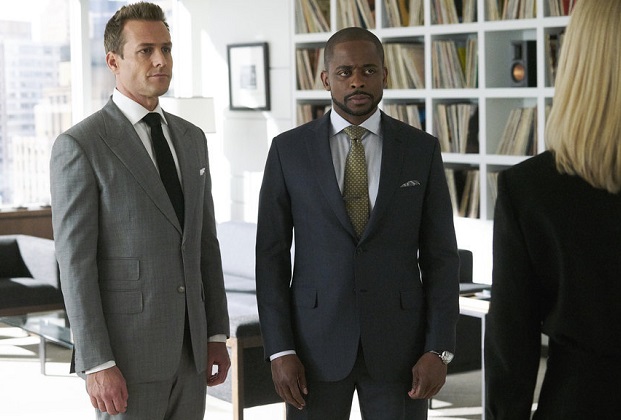 Despite their confrontational interactions, Samantha and Harvey are actually more alike than they would care to admit. She informs him that she grew up in the same neighborhood as him. But wait, didn’t she tell the client that she grew up poor on a farm? And that is why she and Harvey got off on the right foot: Someone who calls her on her fake story is “my kind of guy,” she explains, giving Harvey a sneaky middle finger, which he returns.

Samantha then makes a demand of Robert: She wants name partner by year’s end. “Or what?” he replies. But he should be more worried about the fact that Harvey promised Alex that his name would go up on the wall next.

All the power plays get Donna thinking that Harvey might be overreacting to Mike’s departure, and that managing partner isn’t what he really wants. She suggests that he’s tired of the view at the top and wants back into the game. Of course, she’s right. So Harvey lets Robert take on the role of managing partner in exchange for his old office. 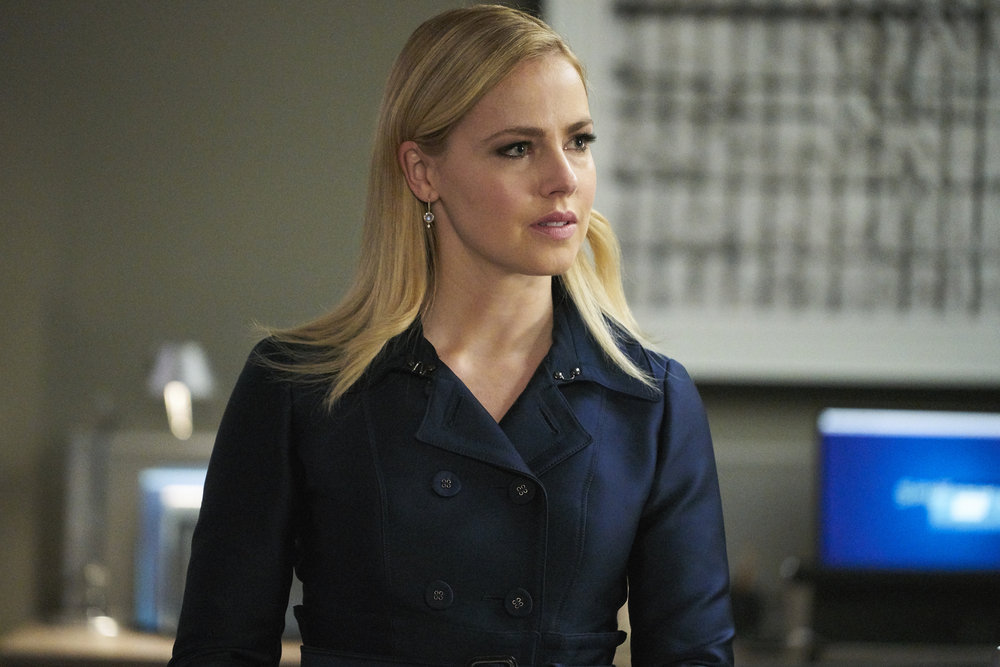 Meanwhile, Louis tasks Katrina with culling the post-merger associates herd. Using a computer formula, she makes a list of the 10 least efficient employees, which includes Brian. Louis demands that Katrina find a way to keep his beloved associate. Donna calmly points out that Brian sits in the middle of the top five associates, and that while some players never put up great stats, they make the people around them greater. Katrina, in turn, apologizes to Donna for going to Harvey last season about her becoming a name partner. “COO is where I’m meant to be,” Donna responds, and the two later agree to get drinks. As for Brian, he gets to keep his job and helps Katrina rejigger the list by taking into account “intangibles.”

Other highlights from the premiere:

* Mike and Rachel sure took off fast, didn’t they? The episode starts on the night of their wedding, and they’re already gone! But they are seen when Donna presents Robert with a photo that Rachel left behind for him as a welcome gift.

* Turns out Donna’s been bugging the conference room. She’s been listening to Harvey’s conversations for years and saving him from himself, so why should she stop now, she argues?

* Louis is giving up his cat for Sheila!

Suits fans, what did you think of the season opener? Grade it via the poll below, then hit the comments to back up your pick!