Now that Code Black has been cancelled, there was nothing left to do but destroy the show’s sets during Wednesday’s series finale. And so the medical drama wrapped its three-season run by crashing a plane into the hospital’s surgical ward. 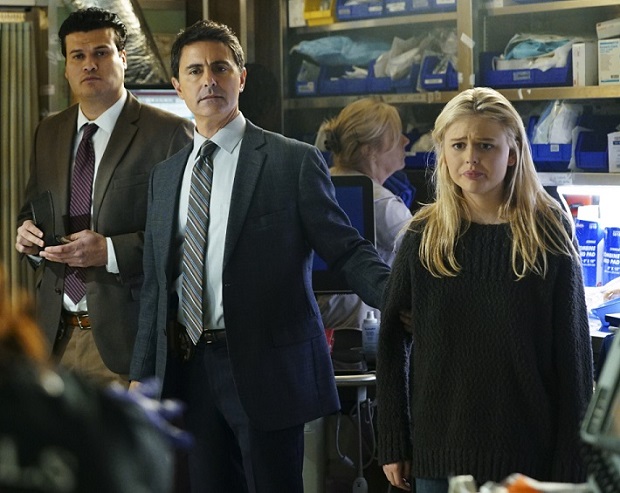 But before that incident even happens, plenty is going wrong. For starters, Ariel has run off with a bunch of troublemakers — one of whom is played by Madison McLaughlin, aka Evelyn Sharp from Arrow, so you know she’s bad news. When McLaughlin’s Joy overdoses, the other teens ditch the abandoned house they broke into, while Ariel stays behind to administer CPR. At the hospital, Leanne reassures Ariel that she’s not in trouble, even though the police have come to arrest her and Joy.

Meanwhile, Campbell transfers Angus back to the ER, where Mario is now an attending and, technically, Angus’ boss. As such, he gives Angus some advice: If he wants back upstairs, he should fight for it. “Like you did with Noa?” Angus counters, arguing that Mario is “giving up” on the relationship. Snap! But something Mario said must have worked, because Angus declares to Campbell that he’s a surgeon, and he’s not finished. 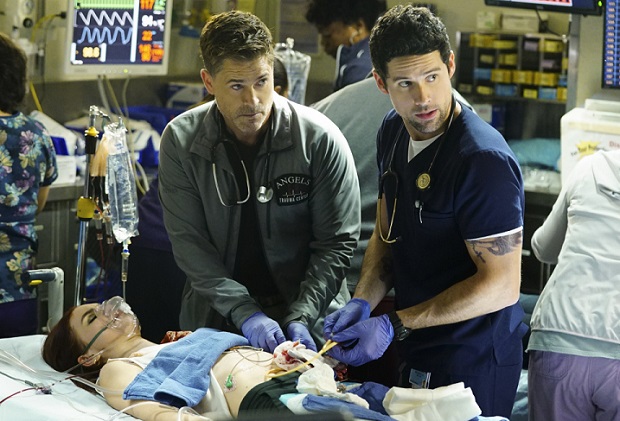 Then Noa is brought into the ER with a nasty wound after getting into a car accident. (Cause of the crash: Diego Avila’s dad drugged her drink during a business meeting!) Luckily, Willis has just returned to the hospital after being put on a psych hold. The bad news: He’s still talking to the ghost of his dead brother, who urges him to start taking care of himself and stop being a hero.

As if all that drama wasn’t enough, a plane crashes into the eighth floor while the docs are treating Joy and Noa, creating chaos in the hospital. Angus gets his surgical patient to safety, then returns for Campbell, who says he’s proud to call him his student and friend. Willis, meanwhile, goes after Rox, who is with her injured nurse. In all the commotion, the police take Ariel away, but Leanne vows to bring her home. 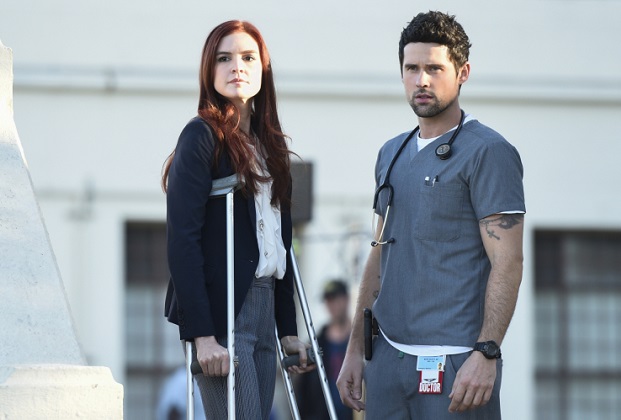 After the traumatic day, Noa tells Diego that she reported his dad to HR, and to her surprise, he offers to go to the police with her. However, the incident has made her question whether she wants the OB gig in Philly, which now feels tainted by the senior Avila. Mario tries to convince her that it’s an opportunity she can’t pass up. Nearby, Willis is saying goodbye to Rox, who’s headed to Portland to be with family, when both men are inspired to step up and make a bold move. Willis chases after Rox’s car, declares that he wants her to save him and then kisses her as his brother’s ghost watches with a smile before disappearing. Taking in the romantic sight, Mario tells Noa that he loves her, to Philly and back.

To add to the warm fuzzies, there’s an emotional custody hearing in which Leanne makes a stirring speech, and Ariel tells the judge, “I want to be with my mom.” Her wish is granted, and mother and daughter tearfully embrace. Happy endings for all!

Grade the Code Black series ender below, then hit the comments with your thoughts!