Something wicked cool this way comes.

The first poster for Netflix’s Chilling Adventures of Sabrina was released on Tuesday — courtesy of series creator Roberto Aguirre-Sacasa — and it finds the show’s titular spell caster (played by Mad Men‘s Kiernan Shipka) cozying up to her familiar Salem (whose voice actor has not yet been announced).

Based on the comic book series of the same name, this 10-episode Netflix drama “imagines the origin and adventures of Sabrina the Teenage Witch as a dark coming-of-age story that traffics in horror, the occult and, of course, witchcraft.” Described as being in the vein of Rosemary’s Baby and The Exorcist, the series finds Sabrina making peace with her dual nature — half-witch, half-mortal — while “standing against the evil forces that threaten her, her family and the daylight world humans inhabit.” You know, regular teen stuff.

Check the poster out in full below, then drop a comment with your thoughts. 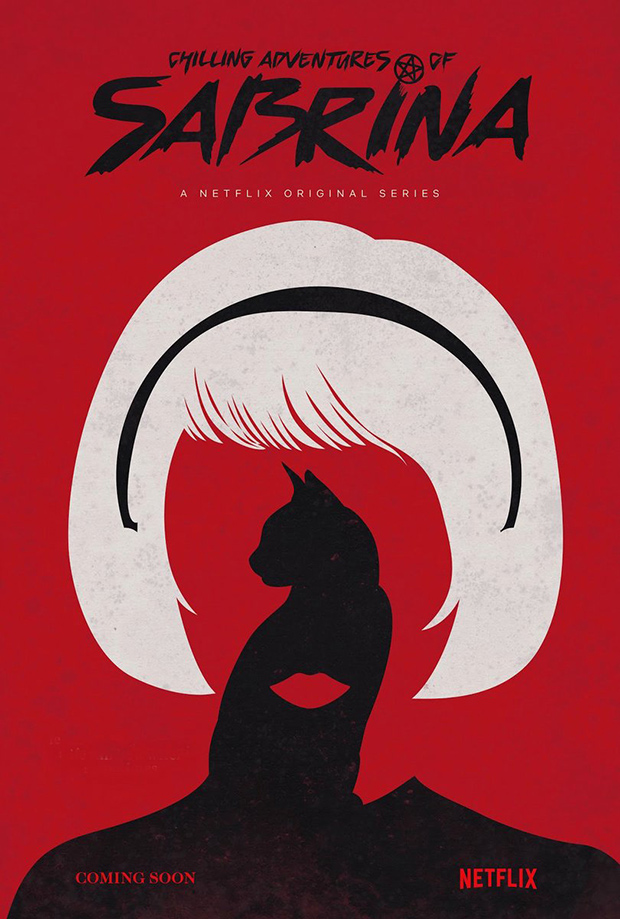