Some broadcast TV networks are quietly clearing the deck in anticipation of President Donald Trump’s announcement of his nominee to succeed Justice Anthony Kennedy on the Supreme Court.

Trump has said that he will reveal his pick this Monday, July 9 — 12 days after Kennedy announced his retirement — at 9/8c. Foreseeing inevitable news break-ins to offer coverage and analysis, broadcasters are rejiggering their primetime lineups so as to keep too much fresh summer fare from being preempted. 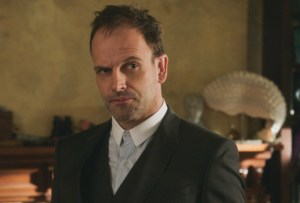 CBS, for example, is moving the third episode of Salvation‘s sophomore run to Monday at 10 pm, displacing a new episode of the already renewed Elementary. (An NCIS: New Orleans rerun now is slotted for 9 pm and thus will likely be preempted.)

ABC meanwhile will hit pause on The Bachelorette‘s jaunt to the Bahamas as needed to accommodate breaking news coverage, and then resume its regularly scheduled programming, airing both Bachelorette and The Proposal in full. (Local news and Jimmy Kimmel Live will in turn be subject to late starts.)

NBC will break into American Ninja Warrior‘s Minneapolis qualifiers at 9, before resuming at approximately 9:20 pm. Dateline, which is now set to begin at 10:20 pm, will be trimmed down to 40 minutes.

Last but not least is Fox, which will air a 9-1-1 rerun as previously scheduled, beginning at approximately 9:13 pm.

Trump is said to have narrowed his potential SCOTUS nominees down to federal judges Brett Kavanaugh, Raymond Kethledge and Amy Coney Barret. Kavanaugh and Kethledge are both former clerks for Kennedy, while Coney Barret is a University of Notre Dame Law School professor who clerked for the late Justice Antonin Scalia.