At the close of the final season’s third episode, Wozniak went cruisin’ for a bruisin’ upon being blindsided by the realization that his son Nate knows more about his shady dealings then he thought.

As seen in the photos above and below, in the immediate wake of his sought-after beating, Woz has “visions” of his daughter, Anna Kate (played by Karsen Liotta), who years ago committed suicide. What counsel might Anna Kate have to offer her despondent dad?

Elsewhere in the next episode, airing Sunday at 10/9c and titled “A Walking Shadow”: Harlee seizes on a play to bring Ramsey’s Intelligence Unit’s crimes to the fore, putting her and Cole in a dangerous dance; Stahl’s focused efforts to undermine Harlee’s credibility and regain his life lead to his reemergence in New York City; and Espada struggles with carrying the secret that Wozniak is using Wallace for undercover work.

Want more scoop on Shades of Blue, or for any other show? Email InsideLine@tvline.com and your question may be answered via Matt’s Inside Line. 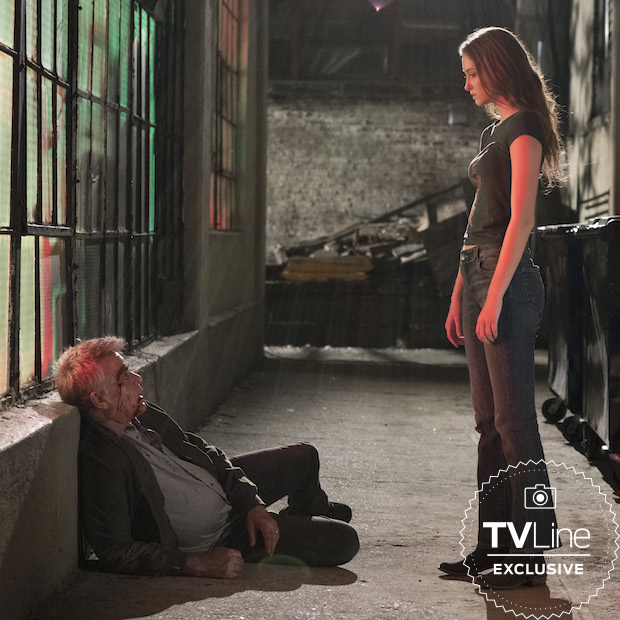 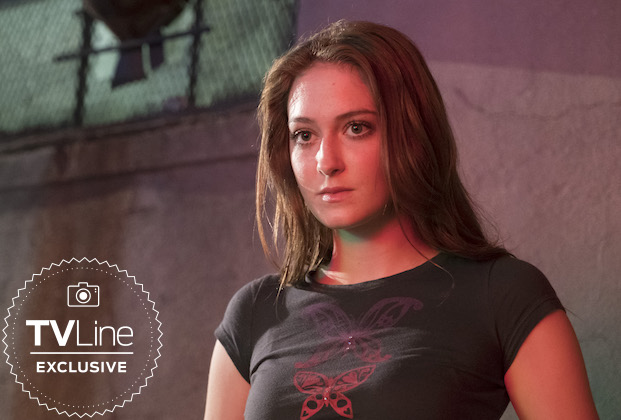