Thursday’s Drag Race finale was about so much more than merely the crowning of a new queen — it was a 90-minute celebration of love, diversity and, of course, “Vanjie!”

The evening began with an introduction by the show’s first-ever contestants — Victoria “Porkchop” Parker, Akashia, Jade, Ongina, Shannel, Rebecca Glasscock, Nina Flowers and, of course, Queen BeBe Zahara Benet — or as RuPaul prefers to think of them, “Season 1 queens… with Season 10 lighting.”

Next came all of the queens to whom we’ve had to bid adieu this season, including this season’s Miss Congeniality winner Monet X Change, who literally pulled a sponge out of her cleavage; Miss Vanessa Vanjie Mateo, who gave the crowd a full re-enactment of her iconic exit; and Miz Cracker, who looked like an absolute star — so I hope Asia O’Hara got herself a real good look.

Following a few Q&As with the final four, as well as an emotional look back at 10 years of Drag Race (courtesy of the legendary Sally Jesse Raphael), we arrived at the highly anticipated lip sync battles… 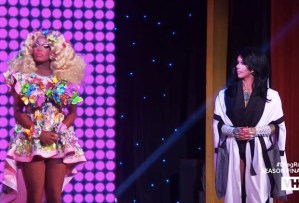 FIRST LIP SYNC: Kameron Michaels vs. Asia O’Hara (Janet Jackson’s “Nasty”)
THOUGHTS: Given the reveal of Kameron’s true shady nature at last week’s reunion, it was only appropriate that she should get to choose her opponent. And I had high hopes for Asia going into this first battle; when she whipped out that sponge, I thought she might actually stand a chance against the comeback queen. But my hope began to dim as Asia repeatedly set up a big moment, only to half-deliver. (Were those butterflies supposed to… fly?) Kameron stuck to her typical display of athleticism, but she barely had to break a sweat to overshadow Asia’s performance. The look of horror on Monique Heart’s face says it all — this was kind of a mess.
WINNER: Kameron

I don't even have words for what I just witnessed. #DragRace pic.twitter.com/dJc3mkAzdz 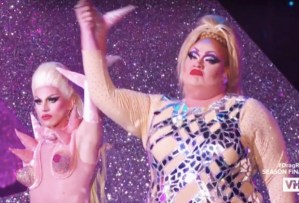 SECOND LIP SYNC: Aquaria vs. Eureka (Janet Jackson’s “If”)
THOUGHTS: Aquaria elicited immediate gasps from the audience, ditching her oversized silver dress(?) for a form-fitting pink bodysuit covered in spikes. The dance moves we witnessed in her “American” performance were also back in full force, accompanied by some impressive floor work. It took Eureka a little longer to warm up, but once she was in it, she was in it. She even served us a double reveal, eventually stripping down to sexy, glittery one-piece. There was floor humping! There were splits! There were death drops! I honestly couldn’t decide which queen deserved this win, and apparently neither could Ru, as she decided to keep…
WINNER: Both! 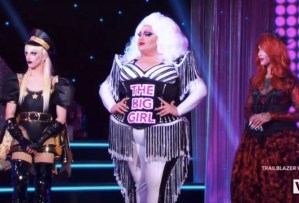 THIRD LIP SYNC: Aquaria vs. Eureka vs. Kameron (Jessie J, Ariana Grande and Nicki Minaj’s “Bang Bang”)
THOUGHTS: Once again, Aquaria came out swinging, shooting actual fire — and eventually confetti — from her hands. Kameron, meanwhile, put her entire body into the performance, but I’m not entirely convinced she knew these lyrics by heart… which is ironic, considering she told Ru earlier in the night that the most important thing you can do is “know your words.” I found the fumbling especially obvious in Nicki’s verse, during which Kameron mostly distracted the audience with dazzling hairography. As for Eureka, I have to say I expected a little more. Or maybe I was just hoping for more.
WINNER: Aquaria

Your thoughts on this year’s winner? Any other stand-out moments from the finale? Cast your vote below, then drop a comment with your full review.