How long will Lucifans have to wait for Season 4? Is Black Lightning out of a job? Are way hot times ahead for a Wynonna Earp couple? Which NCIS team is adding a new agent? Read on for answers to those questions plus teases from other shows.

When will Lucifer’s Netflix episodes air? And will they all drop at once? —Michael
I have confirmed that — as is almost always the case with Netflix — all of Lucifer Season 4 will be released at once, so plan on a devilish binge. As for the when… well, because of that all-at-once-ness, every episode has to first be filmed, edited, scored and such. I’m hearing that filming on Season 4 will wrap no sooner than early December, so we’re looking at, most optimistically, an “early 2019” release date (by my crude math). To bide your time until then, a scoop: Co-showrunner Joe Henderson says that Season 4 will introduce a character from Lucifer’s past who will “bring a whole new dimension to everything.” (And no, he wasn’t referring to Azrael.)

Any scoop on the upcoming season of Wynonna Earp — specifically WayHaught or the Christmas episode? —Serena
I choose Curtain No. 1! When Season 3 of the Syfy favorite arrives on Friday, July 20, “WayHaught are about a year into their adorable courtship, so the honeymoon period is over — though lord knows their chemistry isn’t!” showrunner Emily Andras tells Inside Line. “They’re at a very genuine, honest, trusting place with one another, but they also feel more ‘real.’ They’ll need each other more than ever this season as Waverly circles ever closer to the identity of her real father — and Nicole’s disturbing past becomes present.” 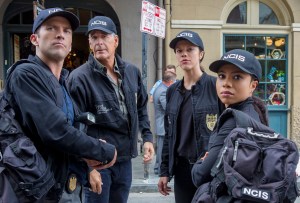 Any scoop on what to expect from NCIS: New Orleans Season 5? —Hollie
With Percy gone, Lasalle tending to matters at home and Pride quite possibly dead!!!! (I kid), it may not surprise you to know that casting is currently underway for the series regular role of a female, 30something agent who has been happily working overseas assignments (specializing in international counter intel, counterterrorism and such), but now is ready to “put down roots” and join a team full-time.

How many episodes is Criminal Minds getting this season? –Carlynn
The episode count for Season 14… remains TBD, but you know TVLine will keep you posted.

For The Bold Type: Any chance Pinstripe/Ryan will make a return in Season 2? I enjoyed his scenes with Jane. –Stephanie
You’re in luck: Pinstripe returns during this Tuesday’s episode and “inspires [Jane] to try a new style of writing,” per the official synopsis. On a different note, Jane “dives deeper [this season] into what it means to be a carrier for the BRCA gene, and how it’s going to effect her future in terms of relationships [and] how she feels about motherhood,” showrunner Amanda Lasher previews. 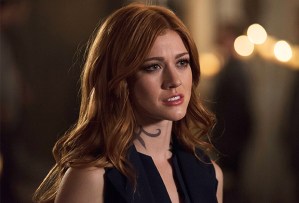 I would love the scoop on when the second half of Shadowhunters Season 3 will air, because we’ve heard conflicting reports. Also, fans are concerned as to why the first half of Season 3 is being removed from Hulu on June 29th. –Erika
For starters, the mid-August date that circulated earlier this month was confirmed to be bogus; officially, Freeform is only saying “Spring 2019.” As for the Hulu issue, sources tell me that information was released in error; Season 3A isn’t leaving the streaming service early.

Animal Kingdom is my favorite summer show. I would love scoop for any of the characters, but my favorite is Deran! —Jennifer
If it’s Deran preview you prefer, it’s Deran preview you’ll get. In Tuesday’s “Prey” (TNT, 9/8c), not only do two — count ’em, two — of the youngest Cody brother’s relationships take sharp turns, but the freshly shorn barkeep lands in, believe it or not, a whole new kind of trouble. (Watch an exclusive sneak peek.)

Any scoop on Black Lightning? –Nick
A flurry of fresh faces are being cast for Season 2, including a potentially sociopathic scientist named Dr. Jace, a new love interest for Anissa, and… a new principal for Garfield High?!

Any chance Sam Waterston will make more SVU appearances? —Texas
I am told that there are no plans at this time for Jack McCoy to pop up in Season 20, though the proverbial door is “always open.”

Gimme all that you can on Good Witch! Are we getting a Season 5? —Alyssa P
In this Sunday’s finale, Cassie and Sam’s wedding day finally arrives, thought that won’t keep the bride-to-be from hatching “the type of magical plan that only she could create.” Whether she can conjure a Season 5 pickup… remains to be seen. 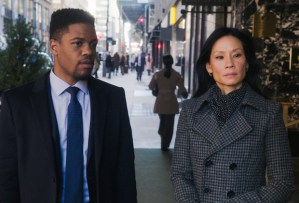 Any scoop on Elementary? –Keely
Watch for Detective Marcus Bell to be “taking stock” of his life and what’s next for him, says executive producer Rob Doherty. “Certain opportunities will arise over the course of the season, and he’ll have to wrestle with whether to take these opportunities or stick with the status quo.” That professional dilemma forces Marcus “to look at how his decisions could impact developments in his personal life. He’s still in a relationship with [Chantal]. That relationship has continued and flourished. We’ll also check in on the development of that.”

Has AMC announced a date for Season 2 of The Son yet? It’s been over a year since Season 1 ended. —Ralph
A premiere date has not been announced, though I’m hearing the series will likely return later this year.

Do you have scoops on Riverdale’s Bughead aka Betty and Jughead? —Marie
If you thought Jughead asking Betty to be his Serpent queen in the Season 2 finale was also a proposal (of sorts), you’re not entirely wrong. “They’re teenagers, so we have to tread carefully into that,” Cole Sprouse admits. “But they’re each other’s biggest allies, and they’re quite a support group. It’s a nice way of ushering Betty and Jughead’s world into the Serpents.”

I would love some information about Shades of Blue’s series finale. Will Harlee get Stahl arrested? —Bruno
The final season is barely underway, so teasing the finale is a bit premature. What I can say, however, is that Harlee is going to make a decision that puts her up against “The Blue Wall” — a choice that she may come to regret.

Is there any way for you to find out if Castle Rock is going to air in Canada? –Brenda
As a rule I try not to get enmeshed in matters involving The Great White North (or any other country’s scheduling; I’m but one man), but this was easy enough to look into. As of now, talks are still underway to see who in Canada will get dibs on the Hulu original (which premieres Stateside on July 25). Now send me some poutine!

Real questions from real human beings get real answers! If you need the Inside Line on a favorite show, email InsideLine@tvline.com! (With reporting by Vlada Gelman and Andy Swift)