THE PERFORMANCE | Luke Cage may be indestructible, but words sure as hell can take their toll, as Colter and Dawson demonstrated during a pivotal, verbal clash in Episode 3 of the new season.

After almost pummeling to death an adversary (and nearly landing back in Seagate as a result), Luke’s brewing brutality came to the fore. Having until now played Harlem’s Hero as calm and collected, Colter copped a new intensity as Luke barked at his girlfriend, “You can’t castrate me!” by trying to keep him in check. “I’m finally getting results. S—t’s gettin’ done. I’m rough, but I’m still a hero.”

Dawson’s Claire stood her ground throughout the heated exchange, countering, “This s—t is changing you. You’re scaring people. You’re scaring me.” Luke shrugged, “I’m a black man in a hood; people have always been afraid of me.” But Claire wasn’t here for a lecture on racism. “Soy Afrocubana,” she said, reminding him of her complicated roots. “I didn’t need to leave the house to feel racism. But you rise above the labels.”

Puffing his chest literally and figuratively, Luke trumpeted, “I’m a man, full-fledged. My anger is real.” And if he needs to wield extreme force and fury to keep Harlem safe, “so be it.” He then told Claire, “If you’re down with me, you have to be down with all of me.”

Things then got particularly real, when Claire brought up Luke’s newly present father and, worse, shared that she had spoken to him earlier that day. “He’d be ashamed of you,” she offered. “You’ve become the ogre—” Luke cut her off with a bellowed “Enough!” followed his fist perforating her apartment wall. Dawson got quiet as her hands formed a wall around her face, an anxious sweat sheening her.

“That hole you just put in my wall…. That was my childhood. And I said I would never put myself through that again, I would never live with anger again,” she stated. And right now, Claire indeed won’t, so she sketched out a plan to visit family in Cuba and sent an emotionally bruised Luke packing. A bit later, Luke would get his ass handed to him by Bushmaster, but this powerful scene made clear that losing Claire hurt even more. 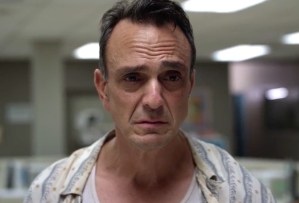 HONORABLE MENTION | Hank Azaria’s quiet, reflective performance in Brockmire‘s Season 2 finale represented his best work on the series to date. Of particular note: The scene where Jim decides to get sober. As Azaria’s titular character gazed at the woman who almost convinced him to take his own life, a deep sense of sadness washed over his face as he realized he never wanted to feel that alone again. This came seconds after he launched into a wildly inappropriate, MDMA-fueled dance in the ER, and was followed by a stint in rehab where he found it damn near impossible to fight back happy tears. Suffice it to say, watching Azaria work through Jim’s uphill battle was nothing short of brilliant. 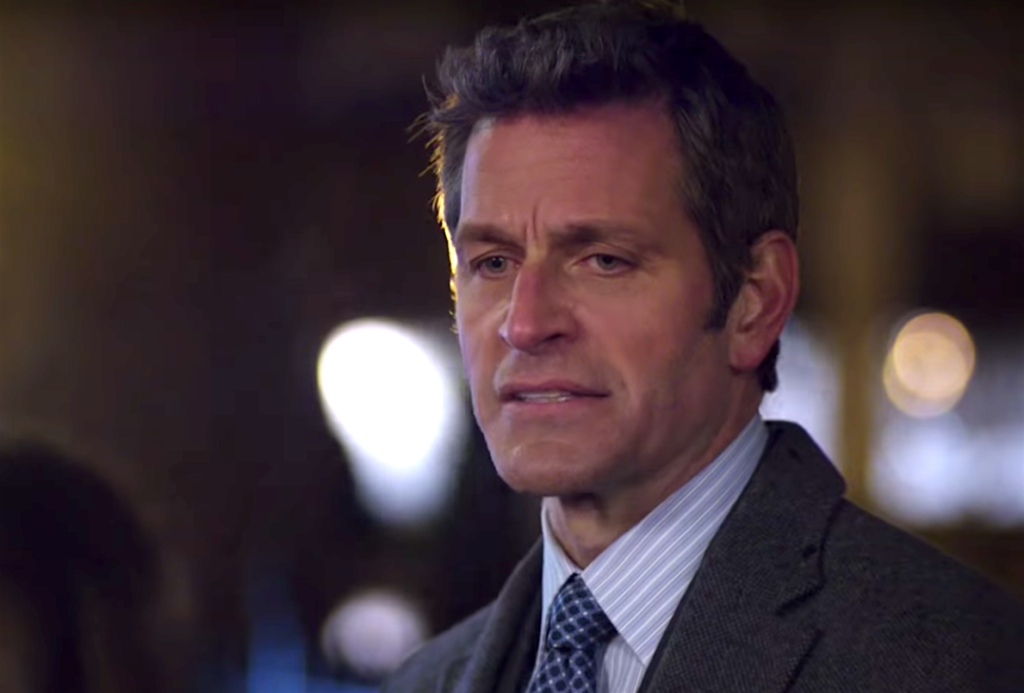 HONORABLE MENTION | A long-ticking time bomb finally exploded this week on Younger — Charles told Liza! — but it wouldn’t have had nearly the impact it did without Peter Hermann’s admirably layered portrayal of Charles’ heartbreak. Knowing that Liza has been lying about her age, Charles has been stewing in a potent mix of anger and hurt, and we saw that bubble up when he snapped at Liza: “I assume the lying was your idea.” When the beans were finally spilled, Hermann conveyed Charles’ deep sense of betrayal, his face tightening into almost a defensive crouch. But the conflicted look in Hermann’s eye hinted that Charles still has lingering feelings for Liza… and that’s why this hurts so much. Charles has always been Younger‘s stoic rock, so bravo to Hermann for letting us see him crumble a bit for once.