To be honest, Jersey Shore wasn’t even gone long enough for us to miss it. MTV’s unavoidable reality hit was only off the air for five years when it returned for a new season, subtitled Family Vacation, this April. And having seen the perpetually tan cast in spinoffs (Snooki & JWoww) and Burger King commercials since then, we weren’t exactly clamoring for more T-shirt time. So imagine our surprise when Family Vacation (airing Thursdays at 8/7c) turned out to be a massively entertaining — and yes, even somewhat moving — season of reality television.

Reuniting seven of Shore‘s original stars — Mike, Pauly D, Ronnie, Vinny, Nicole, Jenni and Deena — in a luxurious Miami beach mansion, Family Vacation proves, first and foremost, that Shore is an absolute triumph of reality TV casting. (Let’s raise a glass to executive producer Sallyann Salsano for assembling such a charmingly rambunctious band of guidos in the first place.) But this new season isn’t just the GTL crew’s old marinara-flavored antics, reheated. Instead, Family Vacation acknowledges the passage of time, and takes a clear-eyed look at what happens when fist-pumping party animals actually (gasp!) grow up. 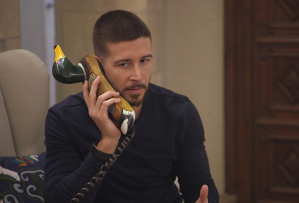 Five years later, some things are stubbornly the same: The duck phone is still in use, even though no one has a landline anymore, and Pauly still shouts “Cabs are here!” even though everyone else uses Uber. But Shore‘s stars have (mostly) settled down. “Snooki,” the former hot mess, and “JWoww,” the former sex kitten, are now Nicole and Jenni, with husbands and kids. Mike, aka “The Situation,” is newly sober, and narrowly avoiding serious jail time for tax evasion. Sure, they still party, but the binge drinking takes a bigger toll, now that they’re no longer in their 20s. And the extra years have given this crew a hard-won wisdom, lending Family Vacation a bittersweet air of lost youth and not-quite-reached maturity.

Firmly in that “not-quite-reached” category sits Ronnie, who’s supplied the bulk of the drama this season, hooking up with a random club girl even though he has a pregnant girlfriend back home. (He kept saying he’s celebrating his “dadchelor party” — groan.) His housemates didn’t cheer on his infidelity, though: They explicitly warned him against it, and a tearful Ronnie later had to grapple with what kind of father he wanted to be to his unborn child. In other words, we’re a long way from the guilt-free days of the “smush room.” Family Vacation has served as a sort of moral reckoning for this group, underlining the fact that even the wildest party has to end sometime. 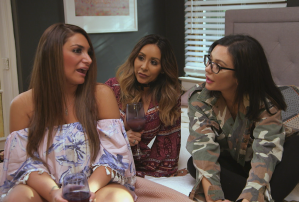 Another big plus: Unlike most reality TV casts, the Shore crew actually do seem to love each other — even if, in the case of Ronnie and Mike, it’s the love of two brawling brothers constantly one-upping each other with brutal insults. There’s a warm, familial affection here that’s impossible to fake, and that has only deepened as the cast has grown older and started families of their own. Having survived the Jersey Shore phenomenon together, they’ve come to appreciate their once-in-a-lifetime bond. (One notable absence: original cast member Sammi, who had an infamously volatile romance with Ronnie the first time around. But the boys bringing a sex doll into the house and naming it “Sammi” — and Ronnie clearly still having unresolved feelings for his ex — basically confirmed she was wise to sit this season out.)

Yes, Family Vacation has its share of manufactured drama, like the return of hated ex-cast member Angelina. But though it started out as a stunt, even that turned into a heartwarming tale of redemption, as Angelina apologized for being such a jerk, and the rest of the gang forgave and embraced her. Mike, too, has completely rehabbed his image: Once an obnoxiously preening egomaniac who loved to push other people’s buttons, a humbled Mike has now become the group’s sage elder, dispensing life advice from a more serene headspace. (His once-incredible abs are gone, too; a sober Mike has clearly transferred his addictive impulses to eating, developing a paunchy dad-bod in the process.)

Family Vacation has already been renewed for a second season, and honestly, this incarnation could easily get as tired and repetitive as the original run. (Nearly 10 million viewers watched this season’s premiere, so there’s clearly still an appetite out there for more Shore shenanigans.) But let’s enjoy it while it lasts: a rare reality series where people are actually allowed to change and evolve, a reliable source of profoundly stupid hi-jinks, and a big-hearted tribute to family and friendship. Salud.