It was announced on Tuesday that Kurtzman has extended his production agreement with CBS Television Studios for five years, through 2023. Under the pact, CBS Television Studios has dibs on all television content created and developed by Kurtzman and his Secret Hideout production banner — including that which stems from his supervised “expansion of CBS’ Star Trek franchise for television, developing new series, mini-series and other content opportunities, including animation.” 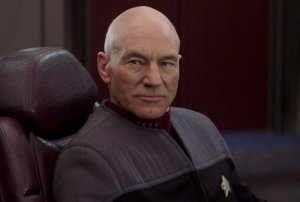 CBS Television Studios did not elaborate on the Star Trek expansion, but EW.com hears that three new series are currently in development, while THR.com says that one of the projects could, as has been rumored, involve Patrick Stewart reprising his role as Picard.

Kurtzman was recently named the new/latest showrunner for CBS All Access’ Discovery, as a result of the embattled space saga’s latest behind-the-scenes shake-up. Production on Season 2 is under way, with Kurtzman directing the premiere.

Want scoop on Discovery, or for any other show? Email InsideLine@tvline.com and your question may be answered via Matt’s Inside Line.