The epic romance at the center of OWN’s new drama Love Is___ would be unbelievable if it weren’t inspired by the real-life love story between creators Mara Brock Akil and Salim Akil (Black Lightning, Being Mary Jane).

The show’s central relationship between TV writer Nuri (a sparkly Michele Weaver) and Yasir (Black Lightning‘s Will Catlett), a broke aspiring writer/director, is emotionally grandiose from the start: Tuesday’s series premiere begins with older versions of the characters (Wendy Davis and Clarke Peters) recounting their 30 years together for an anniversary video. Older Nuri describes Yasir as “a meteor that hit my life” and “made me take off this mask I’d been wearing so that you can see the real light in me, so that I could see the real light in me.” That fateful meteor hits in 1996, when Yasir’s friend Sean (Tyrone Marshall Brown) invites him to check out Nuri, the girl he’s been crushing on from afar. Yasir simply walks right up to her and confidently says, “I came over just to meet you.” As they chat about their dreams of making it in Hollywood, it’s clear they have a connection, but inexplicably, they end the conversation without exchanging contact info. 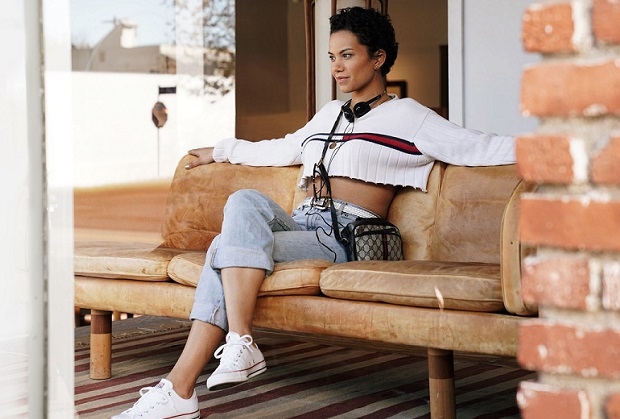 Cut to a year later, and Nuri is a staff writer on a sitcom called Marvin, as well as a new homeowner. Given her success, she requires “a brother to match my efforts as a prerequisite to marriage.” And if he has kids? Forget about it! In the meantime, Nuri is enjoying the attention of three different men: lovesick P.A. Will (Michael King), who’s her “TV/takeout/chill” guy; TV executive Keith (Tosin Morohunfola), her “church first/communion/brunch” guy; and New York-based boyfriend Derek, her “whirlwind weekend until he’s my hubby” guy.

Meanwhile, 33-year-old Yasir is jobless and shacking up with his sorta girlfriend Ruby (Yootha Wong-Loi-Sing), a yoga instructor who’d prefer that he scalp their jazz tickets for rent money. Things start looking up for Yasir when he runs into Nuri at a furniture shop and invites her to the concert. Oh, and he does so while wearing a T-shirt and just underwear, no pants. “I’m pretty sure those were Calvins,” the store saleswoman says, to which Nuri replies, “He was way too confident to be broke, right?” Uhhh…

Nuri’s colleague/friend Angela (Idara Victor) insists that Nuri throw her “super romantic new guy” back into the dating pool. Stingy women like her ruin their men and send them running to white and Asian women, Angela argues. Nuri reluctantly acquiesces and meets up with Yasir at a cafe to return his concert ticket. “I have daddy issues, so anytime a guy tries to do something nice for me, I have this desperate reflex to say yes,” she explains, but Yasir refuses to take the ticket. They go back and forth about it until they start opening up about personal things — both Nuri and Yasir are Muslim and have had a parent in prison — and before they know it, it’s 4 am (and the poor cafe owner just wants to go home). Yasir wonders how different their lives would have been if they had started dating after that first meeting. What would they be saying now, one year into their relationship? 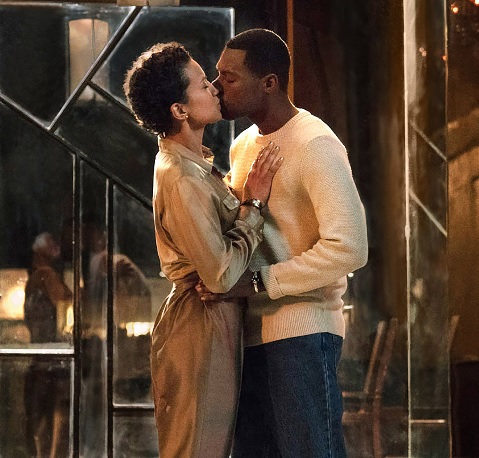 “I would say that I love you,” Nuri responds.

“I love you, too,” Yasir says. “So let’s cut the bulls—t and get on with living this life together.” (Reminder: This is their first date.)

After a swoon-worthy kiss, Nuri and Yasir both return home giddy. His bubble, however, is burst by Ruby, who declares, “I hope Nuri doesn’t mind that you have a kid, no job and no place to stay, because I do think it’s time you leave.”

But we know it’s all going to work out, not just because the real-life romance did, but also because Older Yasir looks at the camera and says, “What’s for you is for you. God knew if Sean got her number that day, we wouldn’t be here right now. So whether I knew it or not, or whether she knew it or not, she was already mine. Nuri saved my life,” he finishes, wiping away tears.

What did you think of Love Is___? Grade it via the poll below, then hit the comments with your thoughts!