Father’s Day came late to Animal Kingdom: It wasn’t until Tuesday that Denis Leary made his debut as Deran’s ne’er-do-well father, Billy. And he didn’t exactly get the welcome mat rolled out for him. In fact, Pope appeared ready to toss Daddy Dearest out of the Codys’ house on his hear until he got a better look at Billy’s… Billy’s what? Read on. I’ll tell you.

‘WE’RE COMFORTABLE WITH OUR THEORY OF THE CRIME’ | Early on in “Wolves,” Smurf was livid that Goodwin appeared to be making little progress toward getting her the evidentiary hearing which she was positive would set her free. After all, “the bullet that killed Javi Cano did not come from my gun!” she said with so much authority that her attorney had to remind her that, for legal purposes, she had better be speaking hypothetically. Meanwhile, Pearce pushed the D.A. to keep stalling so that he could nail Smurf. Wasn’t it enough that one of the bullet’s in Javi’s head was from her gun? “You mean,” the D.A. replied, “the one that entered after he was already dead?” In other words, yeah, no. Back at the house, J and Nicky’s relationship appeared to have about as much life left in it as Baz. Even when she pleaded, “I can contribute,” her boyfriend wouldn’t fill her in on his next job. And she was — finally, rightly — suspicious of their new houseguest. (Honestly, I’m not sure which is worse — J cheating on Nicky or letting his uncles treat her like Alice from The Brady Bunch.) 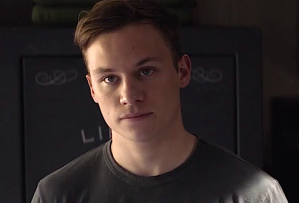 Following a pre-heist meeting during which Deran again voiced his concerns about the risks involved, Pope challenged J to reassure him that his head was in the game. “Night before a job, you invite someone into the house?” Pope marveled. It didn’t look good. But J swore, “I’ve got this.” So off they went to hit the pill mill. Step 1: handle their police tail, who was so obvious that it pissed off Craig. “It’s just, you know, learn your craft!” While the cop followed Deran and J in one car, Craig drove another with Pope. Once they were all outside of A1 Naturals, J put on his hoodie and walked into a nearby bank… allowing Deran to call 911 from a burner phone about a guy with a gun walking into a bank with a gun. While their tail hauled ass into the bank, Deran causes a fender bender to draw away from the pill mill its security guard. During the commotion, Craig trapped the pill peddlers in the store while Pope broke into the basement. In no time, they’d made off with the safe. Afterwards, realizing that the cops had actually helped the Codys pull off the heist, Pearce had to admit it was a “nice play, boys.” 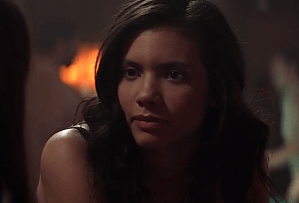 ‘GIRL, DO I LOOK LIKE A SNITCH TO YOU?’ | While the guys were “at work,” Nicky rifled through Mia’s belongings and found a paycheck from Little Pete’s Auto Body. Since Nicky had thought that the badass was a gunrunner or something, she was surprised to be busted by her rival outside her average, ordinary repair-shop job. Since Mia was getting off in a few minutes, she told Nicky to stick around, and J’s lovers went for drinks, during which Nicky got much tipsier than her companion and asked probing questions such as, “Are you, like, in a gang?” Mia, on the other hand, learned a great deal — “We don’t even get out of bed for less than $100k,” Nicky declared — and reported as much to a mystery caller. She even managed to mess with Nicky’s head, using a Little Mermaid analogy to suggest that, by attempting to hang with the Codys, she was trying to live in a world she wasn’t from. By night’s end, Mia found Nicky having sex with the Marine with whom she’d encouraged her to flirt. (Did she also record the tryst?) 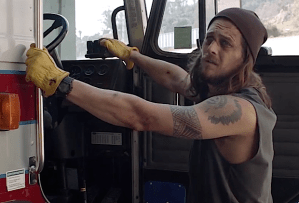 After the Codys split their haul from the pill mill — with J taking $86k “to pay some bills” and insisting that Smurf’s cut was zero — they returned home to find a stranger parked in their driveway. Craig was all set to rough him up when Pope realized, aw hell, it was Deran’s father, Billy — and he wasn’t alone. With him was an attractive young woman named Frankie (Dichen Lachman). Billy, it seemed, “thought it might be a great time to catch up” with his son, what with his mother being behind bars. “I hate to speak ill of the incarcerated, but Smurf could be a real ball-buster.” Though Deran wasn’t interested in getting to know this one of a thousand guys that his mom had banged, Billy “just thought [he] might need a kidney one day.” And he was in no hurry to shove off. Pope, however, was extremely eager to see Billy hit the road. “I remember him laughing,” he said, “while he took a piss in the kitchen sink.” So give him the heave-ho, he told Craig (when he might as well have told a wall). 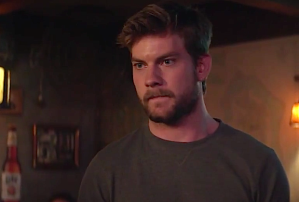 ‘I DON’T KNOW IF I SHOULD SMOKE A JOINT WITH THE GUY OR KICK THE S— OUT OF HIM’ | That same night, Mia snuck into what appeared to be the home of a hoarder and took out of hiding a gun and… was that a birth certificate? Before she was able to leave, she was confronted by an old woman (her grandmother, maybe?). “When are you going to visit him?” the old lady asked. “I’m not,” Mia replied, the question of “his” identity getting bigger by the second. The old lady warned Mia that he’d get out one day. In the meantime, what should she tell him when he calls? “Tell him Im dead,” Mia said. At Deran’s bar, former accomplice Ox hit up the boss man for more work and was displeased to learn that there was none. Off the one-two punch of his dad’s appearance and that confrontation, Deran was in a foul mood when Linc stopped by with another autographed hat for Craig. (Or was that the reason he came to Deran’s bar? His new haircut is hot.) Realizing he was being a tool, Deran apologized, opened up a little about his father and asked if Linc wanted to get drunk with him. The answer: Aren’t “last” and “call” the saddest words ever combined? 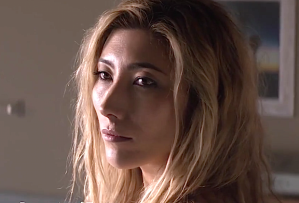 The following day, Nicky, whether feeling guilty or trying to get J’s attention, confessed that she’d slept with someone else. At this point, you wouldn’t think J would much care. But privately, he pounded the steering wheel of his truck in that way that all tough guys do when they’re mad. When Pope dropped by the house, he was ticked to see that Craig, of course, hadn’t gotten rid of Billy and Frankie; in fact, they were sacked out by the pool. (What’s more, Craig, solidifying his bid for Doofus of the Year, had taken a bag full of molly from the pill mill.) Later, it looked like Pope was going to show the squatters to the exit himself… until he happened upon Frankie naked, about to a shower. And, rather than turn away or cover up, she turned toward her new No. 1 fan and smiled flirtatiously. Finally, during J’s visit with his grandma in the pokey, Smurf was happy to hear that he’d, ahem, taken those supplements that she told him about. But she hit the roof upon learning that Billy was in her house. “Get him out,” she seethed. “If you don’t protect your property, the wolves will come.”

So, what did you think of the episode? Leary’s debut? Billy’s weird girlfriend? Who do you suspect Mia is hiding from/reporting to? Hit the comments.