CBS revealed the cast for Big Brother Season 20 on Monday morning, and their ages range from 21 to 40 (including a 26-year-old virgin!), while occupations include a Vegas entertainer, a former undercover cop and a cybersecurity engineer who plans to pass himself off as a “dumb surfer.” 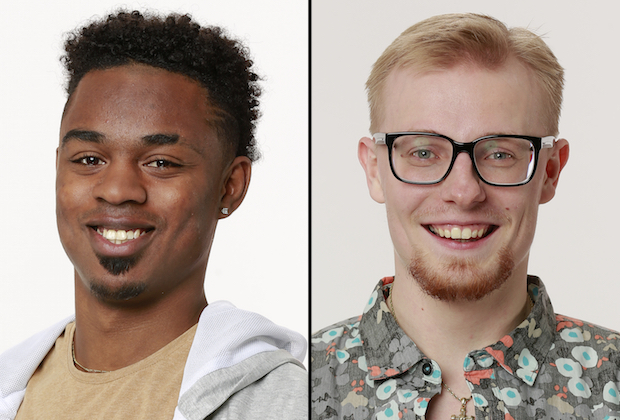 Along with the cast announcement (and handy photos/bios attached herewith), CBS All Access subscribers have the opportunity to meet the 16 houseguests this morning at 11 am ET via a live stream of their first interviews.

The Season 20 newbies were asked to name their favorite BB competitors of all time, and three series vets got the most mentions in the attached gallery: Season 16 champ Derrick Levasseur, Season 18 houseguest Victor Arroyo (who finished in fifth place) and Paul Abrahamian, who famously came thisclose to winning Seasons 18 and 19, but had to settle for second place both times.

This summer, Marissa Jaret Winokur and Ross Mathews — the respective winner and runner-up of last February’s Big Brother: Celebrity Edition — will host a Facebook Watch series called Off the Block, which will serve as a weekly recap of the events in the BB house. Off the Block‘s first episode will air June 29, with subsequent installments posting every Friday.

Big Brother 20 premieres with a two-hour episode on Wednesday, June 27, at 8/7c on CBS. Check out the gallery above to meet the cast — or click here for direct access — then hit the comments and give us your first impressions!