Sitting down to review Season 2 of Netflix’s GLOW, I tried to settle on the word that best described it, and “hard” was the one I kept coming back to — and not just because that’s the way the sparkly, spandex-clad Gorgeous Ladies of Wrestling go at it in the ring, either. Over and over, the 10 superlative episodes serve up painful reminders that relationships are hard. Platonic, romantic, parental… doesn’t matter; all of ’em can lay you flat as surely as a clothesline. 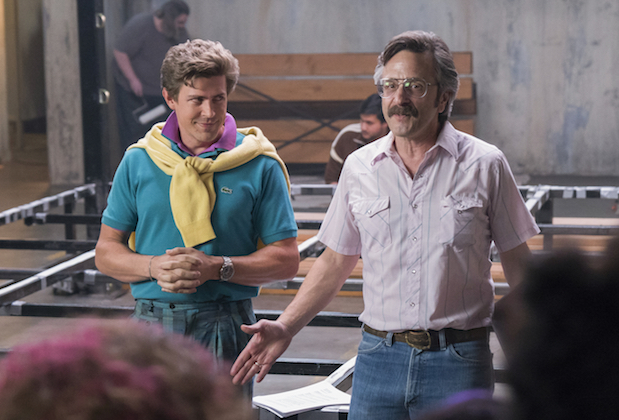 Most of the emotional smackdowns, as in Season 1, are reserved for castmates Ruth and Debbie, played Alison Brie and Betty Gilpin, contenders for the title of the modern-day Davis and Crawford. Their already-shattered friendship, if you can believe it, actually gets worse before there’s even a hint that it might ever get better. But by Season 2’s conclusion, they’ve had a confrontation that’s so epic, and so long overdue, that it has to have unpacked at least some of their baggage.

Ruth’s toxic relationship with the show-within-the-show’s director Sam (Marc Maron) also delivers blow after blow until, finally, he lets down his gruff guard enough that the unthinkable happens: You feel for him almost as much as you do her. And with surprise daughter Justine (Britt Baron) now crashing at his place, he even gets the hang of fatherhood — in, of course, a uniquely Sam way. (Cue Annabella Sciorra’s entrance as Justine’s mother in 3, 2… ) 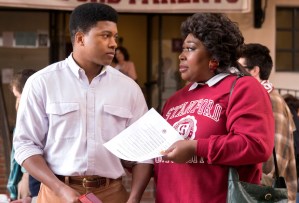 Of the supporting players, “Welfare Queen” Tammé (Kia Stevens) gets fleshed out the most, in particular during a poignant subplot involving her college-age son. And Sam’s hiring of a new cast member, lesbian stripper Yo-Yo (Shakira Barrera), not only has a surprising effect on one of her co-stars, it sets the stage for what just might be the last thing you’d expect to see happen in the ring — yes, even the GLOW ring!

And did I mention that Season 2 is funny? Because though it’s full of catfights and love triangles worthy of Paradise Cove, it is. Showrunners Carly Mensch and Liz Flahive again manage to zigzag between the lowbrow silliness of the show-within-the-show and the higher-brow hijinks behind the scenes without giving the impression that the series has a split personality. And nobody delivers a cutting zinger like Gilpin; in Debbie’s less sympathetic moments, she’s a glitter-coated razorblade.

Perhaps best of all, since Season 2 is so emotionally brutal, when we get a break that’s not of the heart variety, it doesn’t feel like a present, it feels earned. And while no matter what you might appreciate a moment of relief, of hopefulness, you’ll instead savor it — and cling to it all the way to Season 3 — if it’s a moment hard-won.

THE TVLINE BOTTOM LINE: Season 2 of GLOW (dropping June 29) is a must-binge. You’ll come away from it feeling like you’ve been elbow-dropped by Machu Picchu… and still wish they’d made twice as many episodes.