“There had better be a two-night wrap-up movie!”

“Surely the producers will appease us with a great wrap-up movie.”

Such is the mantra of many a fan of a TV show that gets cancelled (unceremoniously or otherwise). But the fact of the matter is that, with extremely rare exception, that standalone serving of closure simply isn’t going to happen. And for quite practical reasons.

In recent years, there have been four instances of a cancelled series getting a “wrap-up movie.” In March 2015, HBO announced that Looking, its dramedy about gay friends living in San Francisco, would not be back for a third season, but instead would tie things up with a 90-minute special.

Weeks later, CBS similarly announced that CSI was not being renewed for Season 16, and would wrap its run with a two-hour finale to air that fall. “This was one of the strongest, longest-running dramas in TV history and really important to the network,” CBS’ then-scheduling chief/future president Kelly Kahl explained at the time. “I’m really happy we can send it off in the right way.”

A year ago — four weeks after Netflix pulled the plug on Sense8, and in the wake of much fan outcry — it was announced that the sci-fi drama would return with a wrap-up movie (which ran 150 minutes and premiered on June 8). And more recently, fans of Freeform’s Shadowhunters learned that the back half of Season 3 would be capped by a two-hour series finale. (Update: Weeks after this story first published, NBC’s twice-cancelled Timeless got a double-episode series finale.)

But again, those instances (Psych: The Movie was more a reunion event, arriving three-and-a-half years after its series finale) represent satisfaction for a half of a half of a fraction of the broadcast, cable and streaming shows that get cancelled. Because, most simply said, it’s no easy thing to “get the band back together” to film a movie. 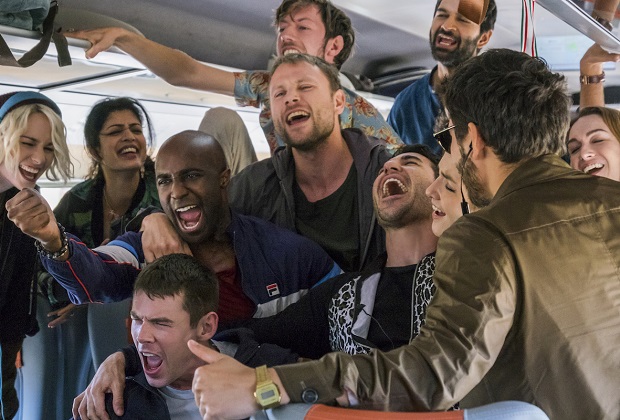 Sense8 executive producer Grant Hill spoke to that cold, hard fact in a recent interview with The Hollywood Reporter, detailing how that wrap-up movie just barely came to be, due to logistics.

“Because we had told everybody that Season 2 was the end, not unreasonably everyone went out and got jobs,” Hill explained. “When we were doing Season 1 and 2, we had all of the principal cast there all of the time; you have the ability to move scenes and the cast around. On this, everybody had other commitments.”

Actors’ availability (or lack of) can be explained thusly: When a series is cancelled, the producers have a limited amount of time during which the cast is contracted/obligated to return. And once those options expire, cast members are free and clear to seek new work. Meaning, if a wrap-up movie is not announced at the same time as cancellation (as was prudently done with Looking and CSI), corralling everyone can prove problematic — as the Sense8 EPs learned. The more time that passes after cancellation (even if just a matter of weeks), the more difficult it will be.

Other deterrents to ordering/getting that seemingly simple “two-hour movie” include the fact that sets have been taken down and carted off to storage — they’re not left standing for weeks on end, unused — and the cost and effort required to set things back up can’t be amortized as well over the cost of a one-off movie versus a 13- to 22-episode season. So, you’re not only beseeching the network to do you a solid by delivering this bit of closure, but to do so at significant cost — all for a show they had already deemed financially imprudent to keep on the air.

So yes, Sense8 fans, like a few other audiences, got what they wished for, but juuuuust barely. After a “hectic” process that included hammering out a budget over the course of weeks versus months, “Once we had a schedule, we kept it,” Hill told THR. “We got everybody there who was supposed to be there — sometimes just a little too close for comfort — but it all worked out.”