Incoming The Bold Type showrunner Amanda Lasher doesn’t want to change what made the Freeform drama so special in its first year — but she does want to go deeper in Season 2 (premiering with two episodes on Tuesday at 8/7c).

“I came on as a fan of the show,” the Gossip Girl and Sweet/Vicious vet tells TVLine. “I enjoyed the way the girls supported each other, the way they found a balance to tackle social issues, but also do it in a way that was fun… I loved Jacqueline as this mentor who’s really aspirational and positive.” 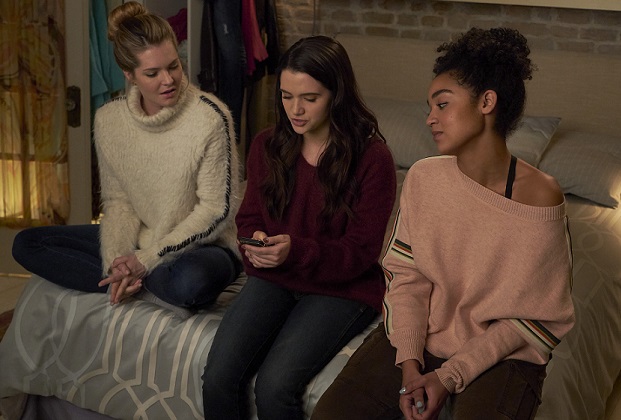 As the series’ new boss, “I wanted to continue the DNA of the show, because I felt like it was so great,” Lasher says. “But I also wanted to go deeper into who these characters were and where they came from and their backstories, and understanding who they are on a deeper level.”

The show will also continue to tackle topical subjects like body positivity, slut-shaming and racial identity. Meanwhile, the #MeToo movement is “part of the texture” of the fashion world, but not necessarily a focal point. “I felt that they did such an incredible job of covering sexual assault with [the episode] ‘Carry the Weight’ in Season 1, that the show had already gone there in some ways,” Lasher explains.

Read on as Lasher previews what’s in store for the gal pals in Season 2:

JANE | The writer will find that her new gig at Incite isn’t all that. “Jane has only had this Scarlet experience, which [was] super supportive and nurturing, and now all of sudden, she’s in a very different world that does not have the same values that Scarlet does.” On the romance front, Pinstripe is back, and Jane hits it off with a doctor while doing an article on healthcare. 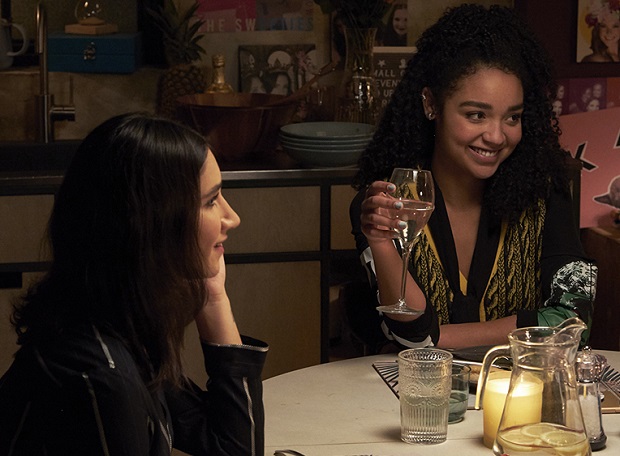 KAT | Entering a committed romance with Adena equals lots of big life changes for the social media director: “It’s the first time that she’s in love, it’s the first time that she’s in a relationship, and she’s also dealing with exploring her sexuality for the first time. So she’s dealing with a lot of firsts that she’s never had to contend with before.” At least Kat doesn’t have to worry about her parents not being accepting of her girlfriend. When they show up in the premiere, “they are pretty open-minded, liberal people who are pretty welcoming of Adena. The challenges that Kat faces with her parents are actually more about her racial identity, and how she sees herself and how she moves through the world, based on how they raised her.” 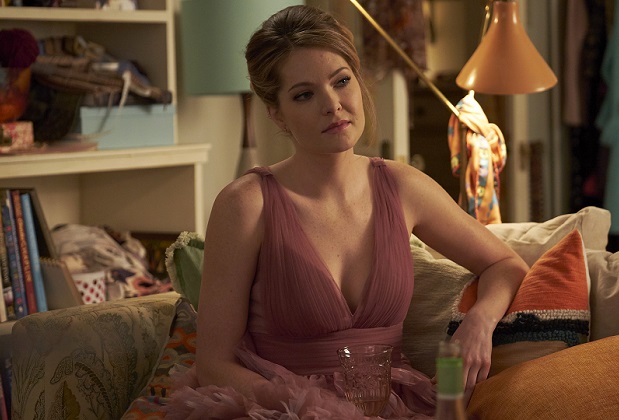 SUTTON | Scarlet‘s rising star “continues to grow in the fashion department and in her relationship with [supervisor] Oliver.” But Sutton faces “a challenge” when she has to deal with “what it’s like to be in this elevated fashion world when you don’t come from a place of privilege, and you don’t have the same connections, and what it’s like to compete when it’s not a level playing field.” As for her and ex Richard, who left off Season 1 in an ambiguous place, Sutton “makes a very bold decision at the very beginning of the season that has a ripple effect” on the pair.

JACQUELINE | With Jane at Incite, “we get to see Jacqueline interacting more with the other characters” like Sutton. The magazine boss also “gets back to her roots as a writer and discovers that she’s missed that part of her life, and reconnects with her voice.”