iZombie, once again, offed one of Liv’s boyfriends — dating the undead gal should really come with a warning, yes? — when Chase Graves executed Levon via guillotine during the Season 4 finale.

Among the episode’s other big moments: Liv chopped off Chase’s head as a raged-out Major and a group of Renegade supporters stormed the premises; Clive and Dale got married, after which Liv gifted the bride with Isobel’s zombie-curing brain; and with the government cutting off brain shipments, new Fillmore Graves commander Major pardoned Blaine and Don E’s debts in exchange for them expanding their brain-smuggling operation to feed Seattle’s undead population. And Peyton and Ravi? So in love.

Below, executive producer Rob Thomas talks about the dangers of being Liv’s beau, Major’s potential Fillmore Graves conflict and next year’s final season that wasn’t supposed to be the last one. 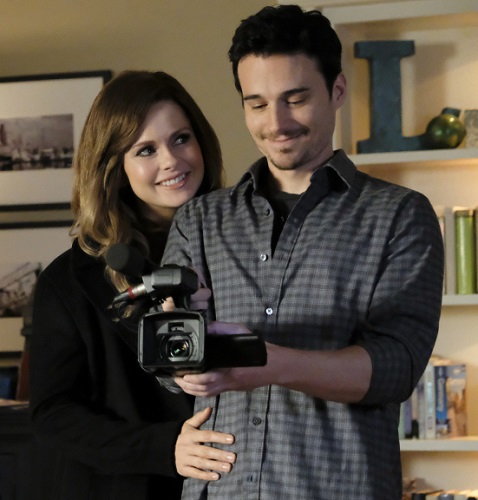 TVLINE | Did you have any second thoughts or concerns about killing off another one of Liv’s boyfriends?
Well, yes. It’s sort of like being a drummer for Spinal Tap. You know the good time is limited in that position. Yeah, I do have some concern about that, but I liked the story we were telling with him. I certainly loved the Levon character, but we don’t have those actors in deals each year. They are not series regulars, and so unless we make them a series regular, the chance of them booking a pilot and not being available to us and the story just ending with the actor being gone is always present. I feel like it’s better to kill them than to have them just disappear from the show.

TVLINE | But what does it do to poor Liv? Is she just going to swear off relationships now?
She might. Although since everyone knows Season 5 is our final year, it probably gives her more opportunity for happiness than previous seasons, as we wouldn’t have to pay to [add] another actor as a series regular.

TVLINE | As you just mentioned, next season is the final season. Did you always envision the show as a five-year journey?
I am now. [Laughs] No. We could have gone longer, but we are pretty pleased to be coming back for a fifth [season]. We got by by the skin of our teeth this year, and I would have been incredibly heartbroken if we had not gotten to do another one, because we would not have ended up leaving everything in a resolved place. 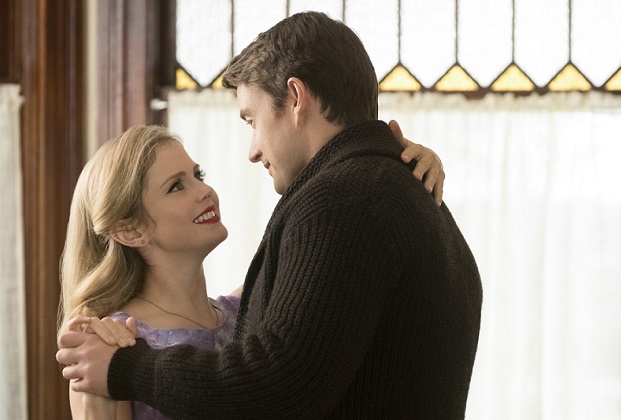 TVLINE | One of the few unresolved notes in the finale is Major and Liv’s relationship. There’s still strain between them, with her blaming him for Levon’s death. How do you foresee their relationship evolving next season?
I do not know. [Laughs] The writers’ room opens back up in three weeks, and we’re going to try to start sorting that out, but I do not know right now.

TVLINE | What was the thinking behind leaving them in an unhappy place?
There’s just no world where I could imagine Liv, in that moment, hours after her boyfriend dies, being OK with Major, who kidnapped her and took her away. It wouldn’t have made any sense to me that she could be that forgiving. She may come to understand that, but six hours later, I don’t think she was ready to let him off the hook.

TVLINE | Liv this season, and especially in the finale, gained quite a bit of notoriety as Renegade. Do you hope to continue to build on that fame?
I do. Yeah, absolutely. Before we broke Season 4, we talked about how the danger of opening up the world so that there are 10,000 zombies now in Seattle rather than eight, or however many there had been in previous seasons, was that it made Liv less special. We don’t want her to be just a random zombie. We wanted her to be more than that. So one of the quests this year was [to] believably turn Liv into a folk hero. That was very much by design, and we’re not going to drop that going into Season 5. We’re going to play that out. What does it mean for Liv to have this bit of notoriety moving forward?

TVLINE | In a way, Major also has a new bit of notoriety.
Oh yeah, he’s going to have quite a bit of notoriety! Our characters are in some positions of power right now. Liv now has this folk hero status, Major is going to be heading Fillmore Graves. Until Seattle elects a new mayor, Peyton is sort of keeping all the plates spinning, at least in the city. And then we’ve got the doctor [who is] probably most likely to come up with some cure for zombieism. 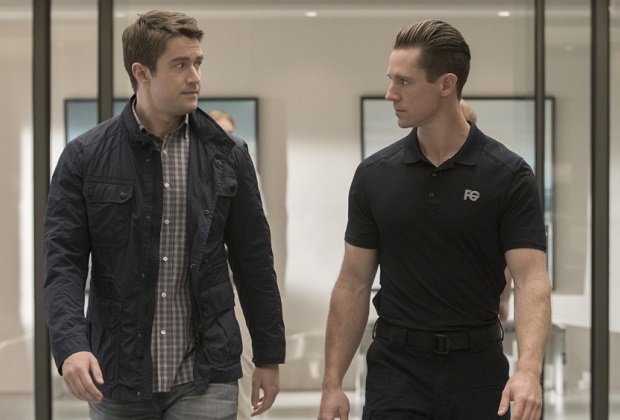 TVLINE | Are there parties within Fillmore Graves who might still be loyal to Chase and lash out at Major and Liv?
That’s absolutely something that we will play. Not everyone is going to be happy with the new direction.

TVLINE | I also can’t imagine that everyone’s going to be happy with Major giving Blaine a free pass.
Yeah. That could certainly be one of the issues. I think a lot of it will depend on how successful Blaine and Don E are in feeding the city. Right now, the number one concern [for Major] is: How do we feed these zombies?

TVLINE | Clive and Dale actually got this really sweet, happy ending, which, considering how badly Liv’s love life tends to end every season, was a nice counterpoint.
Yes. I’m not a monster. [Laughs] Every once in a while, a story ends happy. I was happy to see that as well. I am a fan of that couple.

TVLINE | Peyton and Ravi also ended the season in, I think, the best place they’ve ever been over the course of the show. Were you just ready to finally go all in on that relationship and stop playing the “will they, won’t they,” getting back together, breaking up?
Yeah, kind of. They’re just really good together. You just watch it on the screen, and you go, “Oh, that’s fun.” We like watching that in the writers’ room. We hope America will, too. So that just felt good to us. I don’t have the Season 5 story mapped out yet, but we enjoyed getting them back together.

TVLINE | Is there a bucket list of things you want to get to or do in the last season?
The fate of Major and Liv will need to be answered by the end of [next] season. That I can promise, that there will be a resolution. I don’t know what that resolution will be yet, but it will feel resolved. And that was always one of those things that you’re going to hold in your back pocket until your final season and figure it out then. I think we’re going to give some sort of answer to the fate of zombie kind. And again, I do not know what that answer will be, but we won’t do the Sopranos ending. It won’t just be like you’re watching the show and then someone just hits stop in a random place. And I say that actually really liking the Sopranos ending, but I suspect that we’re going to get more resolution than that. [Laughs]

iZombie fans, what did you think of the season ender? Grade it via the poll below!