As a die-hard fan of the Bluths’ unique brand of family dysfunction — I’m even in the tiny minority that actually liked Season 4 — I squealed like Lucille seeing Gene Parmesan when Netflix announced it was producing a fifth season. But after watching the first six episodes (Season 5’s first half debuts on Tuesday), I feel more like George-Michael trudging home, Charlie Brown-style. Limping badly out of the gate, the new season is disappointingly lackluster, often awkward, oddly paced… and I just didn’t laugh all that much. (Narrator voice: He really didn’t.)

The unjust critical drubbing that Season 4 took might actually be to blame here. The show’s first Netflix season boldly experimented with form, and followed each character individually rather than the Bluths as a family unit, in part to work around the cast’s busy schedules. Sure, not all of it worked, but the best bits — George-Michael’s FakeBlock tech saga, Tobias’ Fantastic Four remake with Maria Bamford’s DeBrie, GOB and Tony Wonder’s face-swapping romance — were as clever and riotously funny as the show’s finest moments. So many fans recoiled, though, that Season 5 plays like an apology tour from creator Mitchell Hurwitz, and a retreat to the classic format — but it ends up feeling more obligatory than inspired. 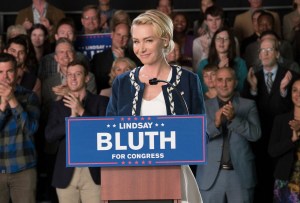 Season 5 starts out with a lot of narrative housekeeping, as if they assume you didn’t watch last season. Michael (Jason Bateman) and his son George-Michael (Michael Cera) are still wary of each other after their Season 4 fight. Lindsay (Portia de Rossi) is running for Congress — “I want to be part of the problem, Michael,” she tells her brother — spurred on by Lucille (Jessica Walter) and her desire to build a massive wall along the Mexican border. (Trump stole the idea from her, you know!) Plus, Lucille 2 has disappeared under mysterious circumstances… and Buster (Tony Hale) is a prime suspect. That last plotline, in particular, feels like it could be a solid hook (sorry, Buster) for Season 5, but the early episodes dance around it in frustrating fashion.

In lieu of an actual story, we’re treated to a constant stream of wink-wink references to jokes from past seasons. (The Cornballer! The banana stand! Nevernudes!) It’s like a classic rock band dutifully playing their greatest hits, over and over again: “And for our next song: ‘I Just Blue Myself!'” We laugh out of recognition, but not out of delight. Hurwitz and the writers have always been guilty of relying too heavily on in-jokes, dating back to the original Fox run, but it’s especially flagrant here because there’s not enough fresh material to balance it out. And Season 5’s pacing is somehow both manic and sluggish: Scenes quickly cut away before they have a chance to establish any kind of comedic rhythm — but nothing much of consequence happens in them, anyway.

We do get more Bluth family interaction this season, but the cast members mostly look older and worn down… and not in a funny way. (Although Will Arnett somehow has more hair than he did when the show started 15 years ago?) There aren’t many new characters for the Bluths to bounce off of — Dermot Mulroney’s surfer-dude lawyer Dusty is an all-too-brief highlight — so they fall back on tired old dynamics. Plus, the real-life scandals surrounding Jeffrey Tambor and David Cross lend the scenes with George Sr. and Tobias an extra layer of ickiness. (A storyline that sends GOB and George Sr. to Mexico together to hit on young women is especially ill-advised.) I started watching this season before the Jessica Walter news broke, but now I wonder: Is that why we rarely see George Sr. and Lucille in the same scene anymore? 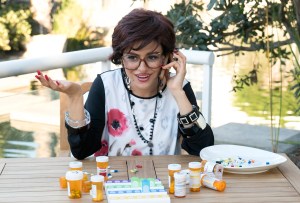 Still, Bateman is as fantastically deadpan as always, and putting Michael to work at a Google-like tech giant (simply called Search) has potential. Buster’s Terminator-esque bionic hand is a hilariously grotesque sight gag. And in Episode 4 — easily the best of the early bunch — the season seems to find its groove, and I found myself once again giggling at Tobias’ malapropisms: “You’re not only finding me in your son’s pants, but you’re finding out how the sausage is made.” Alia Shawkat shines here, too, as Maeby hides out in an old-folks retirement community and goes full-on Golden Girl. So it’s possible that Season 5 just needed a few episodes to warm up and shake off the cobwebs. But man, that’s a whole lot of cobwebs.

I love the Bluths, and I always will. But maybe four seasons were enough. Maybe this was a TV revival we didn’t actually need. Maybe — as Michael learns every episode, it seems like — you really can’t go home again. Even to a model home.

THE TVLINE BOTTOM LINE: Even dedicated Bluth fanatics won’t find much to enjoy in a sluggish, uninspired fifth season of Arrested Development.