We’ve got questions, and you’ve (maybe) got answers! With another week of TV gone by, we’re lobbing queries left and right about shows including 13 Reasons Why, Once Upon a Time, The Middle and The Americans!

1 | In the Season 2 finale of 13 Reasons Why, was the bathroom assault even more disturbing to watch than Season 1’s infamous bathtub scene? 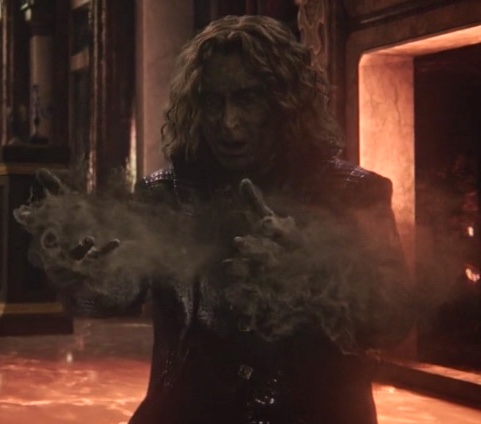 2 | Who’d have thought that of ABC’s Friday shows, Once Upon a Time, and not S.H.I.E.L.D., would be the one to have a character turn to dust? And for our very final, brain-hurting salvo of Once timey-wimeyness: What became of the Regina, Henry and Rumple who were living their lives in Storybrooke while their future selves were in Seattle? Are they also a part of the united realms? Also, did Zelena’s fiancé move from San Francisco to be with her?

3 | Which Greg Berlanti show should Blindspot and The Tomorrow People alum Luke Mitchell appear on next? 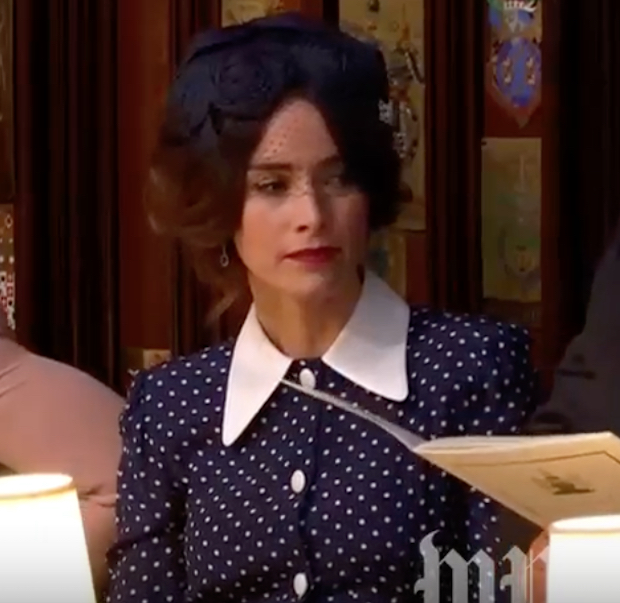 4 | Do you suspect royal wedding guest Abigail Spencer borrowed her outfit from the Timeless wardrobe department?

5 | Could SNL find no one to play Meghan Markle in the royal wedding reception skit?!

6 | Were you expecting NCIS: Los Angeles‘ MIA Hidoku to resurface at the end of the finale to help save the day? And because she didn’t, how worried are you that the pile of ashes was indeed her?

7 | Do any other American Idol fans feel like the show is testing out Bobby Bones as a potential Ryan Seacrest replacement?

8 | Couldn’t Dancing With the Stars have spared 30 seconds in its all-athletes finale to tell us who landed in second and third place? 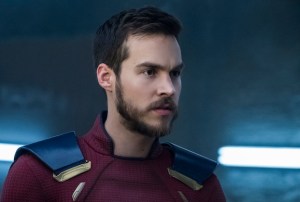 9 | Can someone please explain the construction of Mon-El new supersuit on Supergirl? Because those cape straps look super-uncomfortable, being two slabs of heavy rubber plopped atop his shoulders. And surely the two points where they’re fastened to his torso super-chafe his skin.

10 | iZombie wouldn’t dare kill off another one of Liv’s boyfriends, would it…?

11 | Was the original single given to The Voice winner Brynn Cartelli a little risqué for a 15-year-old? (Sample lyric: “Touch me one more time like that, whisper behind my back, and we’ll see what happens.”) And after 14 seasons, shouldn’t the show be able to get through one finale without technical glitches?

12 | When NCIS‘ Sloane had such an instant and adverse reaction to Nigel Hakim’s accent, were you like, “Um, Clayton Reeves kinda sounded like that all the time”? And are we to believe that “The Monster” has not changed up colognes in 10-plus years and that he used to splash some on before each Afghanistan torture ritual? 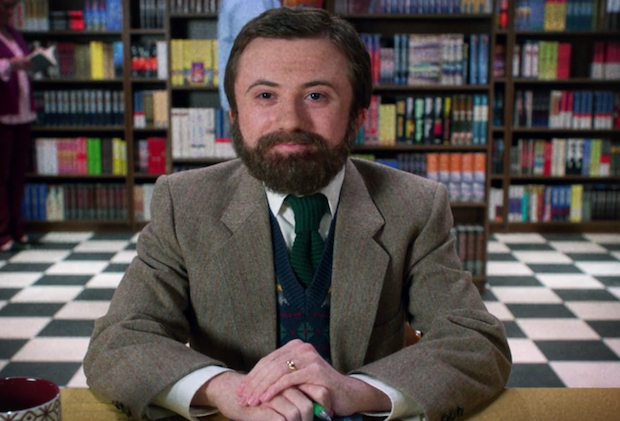 13 | Why did The Middle air its flash forwards out of chronological order? Why wasn’t Brick seen at Sue’s wedding? And why oh why did they have to age Brick up with that godawful fake beard?

14 | Would the old Roseanne have solved the Conners’ financial woes so easily, and by episode’s end, as the season finale did with Dan and Roseanne getting the money from FEMA?

15 | While it was nice that The Flash brought Wally back to meet his new baby sister, there wasn’t even a throwaway line to account for Cecile’s MIA daughter? (Speaking of Wally: Can a speedster actually run with a tray of delicate champagne flutes?)

16 | In light of The Handmaid’s Tale‘s flashback to Serena’s injury: Are there commanders whose wives are still fertile? If so, do those couples have a handmaid assigned to their household, too?

17 | What kind of wizardry did The Americans employ to make Keri Russell look so damn young in those flashbacks? A Felicity face-swap? Or just Russell’s superior genetics?

18 | Given the epidemic of gun violence in our country, wasn’t it a little icky that Empire and Star ended their respective seasons with shooting-related cliffhangers?

19 | On Law & Order: SVU, wasn’t the introduction of Peter’s sister this season a rather cheap trick, given how quickly they killed her off?

20 | ABC’s Solo/Deadpool 2/Black Panther-heavy summer blockbusters special leading into a Solo-themed Nightline, just prior to Solo‘s release, was a bit too much corporate shill-ergy, right?