This calls for a trip to Bueno Nacho: The cast of Disney Channel’s live-action Kim Possible movie is finally filling out.

As previously announced, newcomer Sadie Stanley will star as the titular teenage thrill seeker, while Sean Giambrone (The Goldbergs) will co-star as Ron Stoppable, Kim’s sidekick-turned-love interest. TVLine can now confirm that the two actors will be joined by…

If you’re wondering about Kim’s dad, brothers, etc., fear not — casting is still underway. The Kim Possible movie is set to premiere on Disney Channel in 2019.

Check out a photo of the movie’s cast (sans Hannigan) from a recent table read below, then drop a comment with your thoughts. 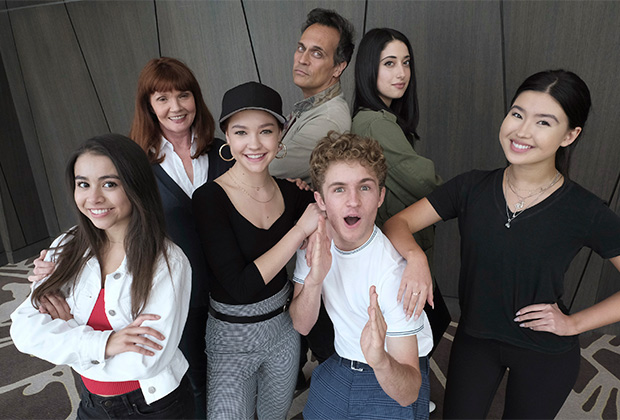