Here’s a tiny bit of heavenly news for the Lucifer fans who have been through hell since the show’s unceremonious cancellation earlier this month.

Fox has announced an airdate for the two “bonus” episodes that were filmed earlier this spring to air as part of Season 4, now that Season 4 is not meant to be.

The two standalone episodes instead will air back-to-back next Monday, May 28, at 8/7c — two weeks after the series finale. The news comes in the midst of the second week of the #SaveLucifer/#PickUpLucifer social media campaign, which aims (but has yet) to find the show a new home. 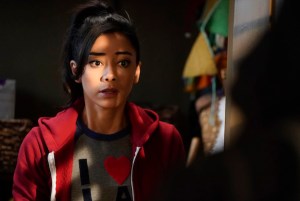 In the first of the episodes, titled “Boo Normal,” Lucifer and the team investigate the murder of a child psychiatrist, while Ella thinks about a big childhood secret that she’s been hiding. House alum guest-stars House alum Charlyne Yi as a very special friend of Ella’s who just might be a ghost.

Then in “Once Upon a Time,” which was directed by cast member Kevin Alejandro, Lucifer’s mom creates an alternate dimension in which Lucifer now lives in a world where he not only has never met Chloe, but is granted the freedom of choice. Lucifer’s comic book creator/American Gods author Neil Gaiman voices God, who serves as the narrator of this fairy tale (TV Insider reported last week).

“Honestly, they’re two of our best episodes, so… I think the fans will get to see them in some way, I just don’t know when,” Lucifer co-showrunner Joe Henderson told TVLIne in the immediate wake of the series’ cancellation. “They’ll get out there somehow, and I’m excited for everyone to see them.”

Will you be tuning in for Lucifer‘s “bonus” episodes next week?