THE PERFORMANCE | Trailers and promotional photos for 13 Reasons Why may have revealed that Heizer’s character survived his suicide attempt at the end of Season 1, but it didn’t prepare viewers for Alex’s agonizing recovery process — physically, emotionally and psychologically — which plays out over the course of the second season’s 13-episode run.

“Broken” is a word Alex frequently uses to describe himself — “f–king broken!” if he’s feeling particularly low — and he’s not wrong. Heizer essentially rebuilds his character from the ground up, only the pieces don’t quite fit together the way they used to, resulting in a completely different type of growth than we’ve seen from him in the past.

And even though your heart breaks watching him struggle to walk down the hallway, Alex’s physical limitations are nothing compared to the unstable cocktail of rage, regret and helplessness brewing inside of him. This volatile mixture finally boils over midway through the season in “The Third Polaroid” when Alex’s father attempts to wrestle him away from a realistic shooting game at the arcade, concerned about him playing with guns so soon after one nearly cost him his life.

With a pained screech and a tumble to the ground, whatever remained of the old Alex, the one who said more with less and struggled to muster excitement for practically anything, completely fades away; the former Parenthood star gives this moment the honest, transformative performance it deserves.

It’s this kind of inspired work from actors like Heizer, one member of an incredibly talented ensemble, that helps 13 Reasons Why transcend the teen genre. It’s a heartbreaking performance that a lot of viewers will relate to, whether they choose to admit it or not. 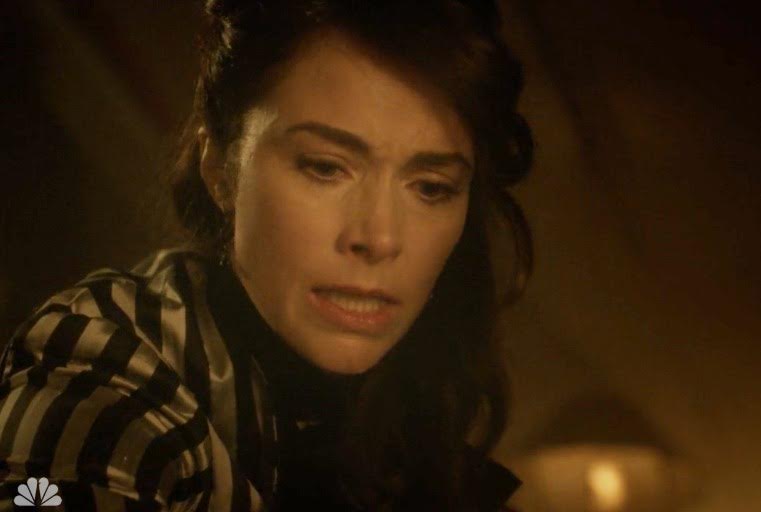 HONORABLE MENTION | Timeless‘ Season 2 finale certainly didn’t skimp on turmoil for Lucy. During the two-hour ender, the character lost her mother Carol and her friend Rufus, had an emotionally wrought fight with Emma and came face-to-face with her future self. And through all the wild and crazy twists, her portrayer Abigail Spencer kept Lucy grounded, breaking our hearts along the way. As the time-traveler wavered on whether or not to shoot her foe Emma, Spencer perfectly captured Lucy’s inner struggle. “What do you do with somebody who has taken everyone that you love?!” the actress cried, her voice filled with anguish. Ultimately, Emma escaped after pummeling Lucy, who broke down in Flynn’s arms. But in that confrontation, Spencer made us feel Lucy’s despair and her resilience. As performances go, this one was a timeless work of art. 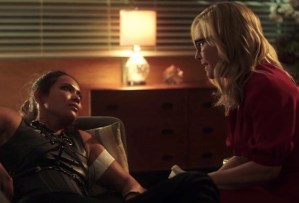 HONORABLE MENTION | Amid the spectacularly supernatural happenings of Lucifer‘s series finale, there was a gorgeously quiet little scene between Rachael Harris and Lesley-Ann Brandt. Returning from a brutal fight, a bloodied Maze stumbled into Linda’s office, worried to death that her estranged BFF was in Pierce’s crosshairs, before collapsing. Upon coming to, Brandt showed us a Maze we’ve never seen before — contrite, soft-spoken — while Harris communicated the love Linda felt for her friend and protector. “Emotions… emotions are hard,” Linda reassured Maze. “But that’s why they make you strong. And this is the strongest I’ve ever seen you.” Against Linda’s protests, Maze propped herself up to get out those two little words: “Actions are easy for me, that’s why I have to say it: I’m sorry.” It was hella emotional stuff. 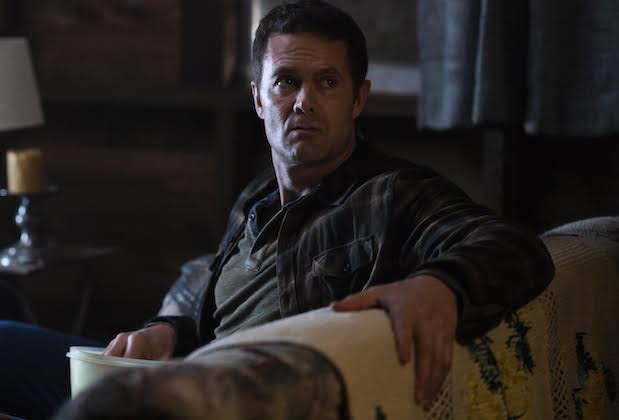 HONORABLE MENTION | Garret Dillahunt deserves seconds on butterscotch-caramel brittle for Sunday’s Fear the Walking Dead. We’d thought he’d already made us love John, the quirky sharpshooter who seems too sweet for the post-apocalyptic world. But in “Laura,” he made it clear that before, we’d only liked the character. As he opened wide John’s lonely heart to Naomi, drawing us deeper in with every awkward attempt to win her favor, the sincerity on display made us fall harder and harder. So by the time he finally confessed that he’d do anything to keep her safe — because “if you’re alive, this whole world feels alive” — we were goners. As truthful as it was odd, Dillahunt’s performance was the acting equivalent of a seven-letter Scrabble word.

Which performance(s) knocked your socks off this week? Tell us in the comments!