For Lucifer co-showrunner Joe Henderson, the past few days have been “nuts” — starting with Fox’s cancellation of the drama after three seasons, which then sparked the #SaveLucifer campaign. “You go from depression to excitement…,” he shares. “It’s been a lot!”

The fan effort to find Lucifer another home has been both “humbling” and “heartwarming” for Henderson, who admittedly tears up just talking about it. “Our fans just stepped up in a way that I’m stunned and touched by.”

Monday night’s Season 3 finale left Chloe (played by Lauren German) with her jaw planted firmly on the floor. Led into an ambush set up by Pierce, Lucifer (Tom Ellis) first shielded himself and Chloe from a barrage of bullets (inside what Ellis calls “a feather igloo”), before whisking her to safety on the rooftop. Lucifer then returned to finish what Pierce started, whaling on the Sinnerman’s minions with his unfurled wings, before going mano-a-mano with the World’s First Murderer. Now mortal, Pierce (Tom Welling) wielded the demon’s blade that Maze left behind at his hideout, after slaying his crew. Lucifer, though, wound up turning Pierce’s chosen weapon on him, plunging it into his heart.

Amped up by the murderous melee, Lucifer finally got his Devil face back… just as Chloe arrived back on the scene, laying her eyes for the first time ever on his true visage.

What happens next? Well, we may never know. Unless someone steps up to #PickUpLucifer. Until then, here’s what Henderson had to say about Chloe’s eyeful, Maze and Linda’s make-nice and the fate of the “bonus” episodes filmed during the final (?) season. 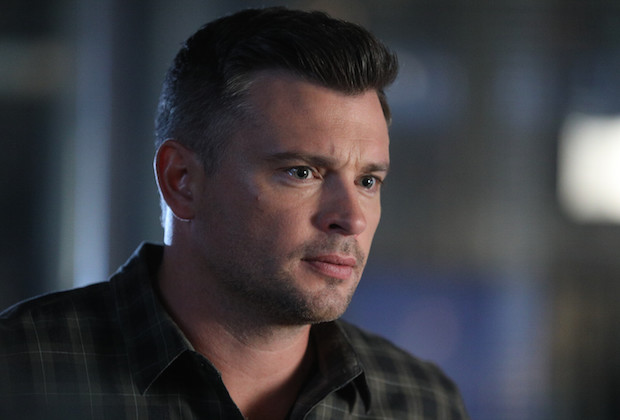 TVLINE | Did you originally conceive of Cain as an eventual catalyst for getting Lucifer and Chloe where they need to be as a couple?
Yes. Yes. The whole arc of Season 3 has always been what we built to, which was having Cain be the hero of his own story and then freak out when he realized what death actually is. This was a man who’s been unafraid his entire life finally learning fear, and that energy forced our two characters to face the truth about each other. Meanwhile, Lucifer had to face his own fear, about showing Chloe the truth. We started the season with Lucifer wanting to show his Devil face to Chloe, and then at the end of the season realizing that’s maybe not who he is. We really tried to have that reveal come at the worst possible moment for our hero, because now he’s hoping he’s a better man, but some part of him is saying, “You’re exactly who you’ve always been.”

TVLINE | Did Lucifer’s Devil face come back because he was inflamed by the rush of killing Pierce?
One of the big things we established in this finale is you control your own fate, and that includes angels. You are what you make of yourself. Part of [the cause] is the actual murder, and part of it is in doing so, what Lucifer sees himself as. That’s a big thing we wanted to unravel in Season 4 — why did my Devil face come back in that moment? is it because I killed a man? Is it because I liked it?

TVLINE | I enjoyed the epiphany that Amenadiel and then Lucifer had, about controlling your destiny. Did you have that in mind back when you returned Lucifer wings in last season’s finale?
We did. In Season 2, we decided that that was what the big reveal was going to be, and all of Season 3 was figuring out when to best have our characters realize it. What I love so much about our show was the idea of blaming others for what’s happened to you, and then discovering that we are in control of our own lives. Lucifer was the perfect example of that because he blames his father for everything, when in reality his father gave him complete control. Now, you could argue that [being in control] is his own curse — and Lucifer will. 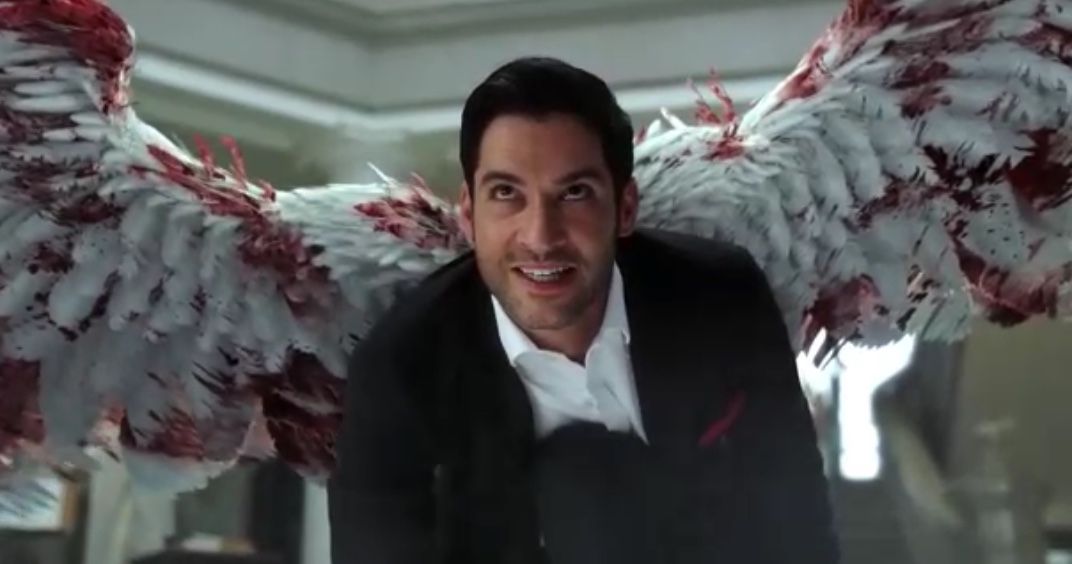 TVLINE | I have no question here, but I wanted to say the angel wing fight scene was simply exquisite.
Thank you. We wanted to build up this whole season of Lucifer resenting his wings and not wanting to use them unless it was to spite Dad, and the finale had this idea of using them to protect Chloe and also to let loose his wrath. Our director for that, Eagle Igilsson, just went absolutely crazy with it. It’s so satisfying to watch, especially considering how much it hurts Lucifer every time he uses them, because of the damage to the wings. It’s a part of him he’s been rejecting, and it’s the only thing that can save the person he loves.

TVLINE | I’m sure that you don’t want to give away how Chloe exactly will react to seeing Lucifer’s Devil face, but is there anything you want to rule out?
Lucifer definitely does not fly around the Earth and turn it backwards. [Laughs] No, there’s a reason we ended on a wide shot of Lucifer and Chloe standing opposite each other. There’s no going back. We wanted to back ourselves into this corner, so there was no way we couldn’t stick with what we did. This is the end of an act, and the beginning of the next one is Chloe knowing the truth and having to deal with both the fact that her partner was actually the Devil, but also the man she has grown to love. That’s what we wanted to explore in Season 4.

TVLINE | And to confirm, Pierce is very much dead…?
Yes, and in doing so, in going to Hell, he’s realizing that Lucifer might be in his own Hell.

TVLINE | You know, there are more than a few fans who want to see Pierce suffer in Hell, for all he has done.
[Laughs] Hey, never say never! I’m sure Tom Welling would love to come back, and that would be a fun thing to see.

TVLINE | Prior to all of this, you had that lovely scene between Maze and Linda (played by Lesley-Ann Brandt and Rachael Harris). Talk about that a bit.
In Season 3, the big arc for Linda and Maze was this love triangle. The way we approached it, the fake-out was that it was about Maze loving Amendeiel, while the truth is that it was about Maze and Linda more than anything else. That friendship and love and platonic connection was always the heart of the arc, and those two women delivered an incredible scene that broke my heart.

TVLINE | Regarding the #SaveLucifer campaign: Fox’s Brooklyn Nine-Nine was saved by NBC, which was a natural pairing due to the whole Universal TV thing. Is there a natural suitor for Lucifer? I know some people are like, “Oh, The CW!” or, “Oh, the DC streaming service!” But I can’t imagine they can afford Lucifer.
I think that’s the question. Smarter minds are going to handle that side of things. I am just going to wait and see and hope that some network or streaming service picks us up and lets us tell more stories.

TVLINE | What happens to the two “bonus” episodes that were filmed this season to air in the fall, if you don’t find a new home?
That is a great question. Fox said they still plan on airing them, though I had heard no sense of when. Honestly, they’re two of our best episodes, so… I think the fans will get to see them in some way, I just don’t know when.

TVLINE | At minimum, it seems like they’d easily end up on a final season DVD set.
Exactly. They’ll get out there somehow, and I’m excited for everyone to see them.