King Robert’s wedding day finally arrived on Sunday’s season finale of The Royals, presenting his family with the perfect opportunity to expose him in front of the entire world.

Unfortunately, the plan — which was for Willow to hijack the ceremony and announce that Robert caused the blackout — hit a slight snag when the bride decided not to blow up her fiancé’s spot, choosing instead to say her vows and become the new Queen of England.

And that wasn’t the hour’s only big surprise. In addition to Eleanor and Jasper kinda-sorta getting engaged, the Royal Wedding also inspired Violet to re-enter the picture, much to Cyrus’ joyful disbelief. As for Kathryn, who appeared to have been kidnapped in the episode’s final moments, she’s got a royal bun in the oven — but is it definitely Liam’s?

Below, star William Moseley helps TVLine make sense of the finale’s biggest twists, even sharing his thoughts on Liam potentially becoming a father:

WILLOW’S DECISION | “It definitely leaves a huge dot dot dot at the end of the season,” Moseley says of Willow’s choice to go rogue and actually marry Robert. “Her motivations are ambiguous, of course, but I think she might have joined the dark side. I really do think she and Robert would be a formidable team. You could also maybe presume that Robert knew about [his family’s plan] and pulled Willow into it way before. I think it was an ending that no one would expect — they probably assumed someone would get shot, or maybe someone would get caught in the crossfire and die, so for it to end with her just saying ‘I do’ was very epic. I’m so excited to see the audience’s reaction.” 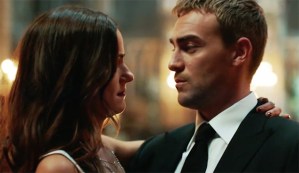 JASPER & ELEANOR’S PRE-ENGAGEMENT | Not only is Moseley thrilled about a potential Jasper-Eleanor wedding, but as he points out, “I don’t think Jasper has many friends, so I would hope that he would choose Liam to be his best man. They have a great bond. They’re almost brothers in a way. They show true loyalty to each other, and they both want the other to be happy. There’s actually a really nice relationship between the three of them — Liam, Jasper and Eleanor — and I only see it getting stronger if the show goes forward.”

VIOLET’S RETURN | “I think she’s a welcome addition to the royal family, because she’s kind and loving and brings a fresh energy — kind of in the way that Kathryn does,” Moseley says. “And I do think Cyrus could change, but he’s the comic, scandalous edge to our show and I don’t really see him ever becoming straight-laced. Other than Liam, I think he’s my favorite character. He’s wild and audacious and he refuses to apologize for being himself. I think there’s space for the loving Cyrus and space for the scandalous Cyrus.” 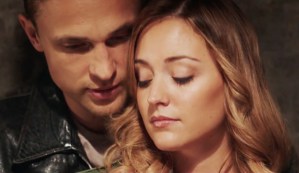 KATHRYN’S PREGNANCY | “That was something that was in the air since the end of the third season,” Moseley reminds us. “There was a little note on the board in her apartment that left the audience to think maybe she could be pregnant. And then we find out that she is, but the question is: Whose baby is it? If it’s Liam’s child, that creates problems for Robert, and if it’s Robert’s child, that creates huge friction between the brothers — and she’d be carrying the king’s child, which would be a huge deal. What would that mean for her? And what would that mean for Willow and Robert? There are a lot of questions.”

KATHRYN’S KIDNAPPING | “Kathryn’s always been a linchpin between the two brothers,” Moseley says. “Robert presumably still has an affection for her — a lust for her, as opposed to actually seeing a future with her — so I think Robert would easily try to take Kathryn away from Liam. He sees her as a toy, as his to play with. And that makes it very difficult for Liam, because he doesn’t see Kathryn that way at all. She’s someone he loves and cares about, and he sees a future with her.”

Your thoughts on Sunday’s Royals finale? Hopes for a potential fifth season? Grade the episode, then drop a comment below.